Weihenstephan – Brewery of the Month – November 2022 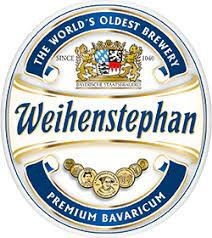 Brewery of the Month

The world has changed through the ages and today is a product of this change. One thing that hasn’t changed is that Weihenstephan has been brewing beer. After nearly a thousand years the Weihenstephan Monastery Brewery still stands upon the Weihenstephan Hill, brewing beer with pride. The quality and tradition are not lost on them as well as being conscious of its position as the oldest existing brewery in the world.

In 725 the monks established a Benedictine monastery on Nahrberg Hill and consciously or unconsciously, also founded the art of brewing at Weihenstephan.  Things haven’t always gone to plan at the monastery. Between 1085 and 1463 the monastery burned down four times, was destroyed, or depopulated by three plagues, various famines, and a great earthquake. But the Benedictines did not give up easily. With Bavarian tenacity they rebuilt the monastery and brewery again and again, and even succeeded in refining their brewing art. In 1516, right at the doorsteps of the Weihenstephan Monastery, Duke Wilhelm IV issued the Bavarian Purity Law. Thencefore only barley, hops, and water could be used for brewing beer. With this he founded the fame of Bavarian and of Weihenstephan beer. 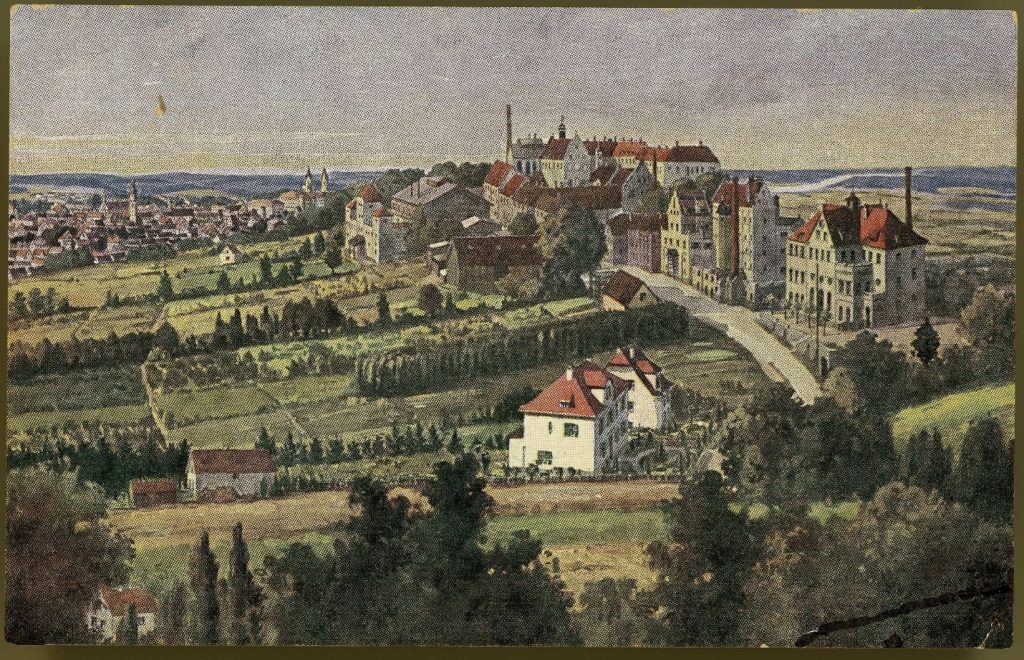 In 1852, the Central Agricultural School moved from Schleissheim to Weihenstephan and with it the Bavarian brewing students. Thus, Weihenstephan developed into the center of the world brewing technology.

In closing, Weihenstephan has been making beer longer than anyone and is a must try item. Their beers are steeped in tradition and deliciousness that will make every beer lover smile with the first sip.

Fruity nuances of banana and clove intermingle with malt flavors to create a balanced beer with a light, creamy character. This premium, naturally cloudy, pale amber wheat beer is truly a feast for the senses. It is ideal reward at the end of a long day.  Food Pairing: Obzada (Bavarian cheese spread)  ABV 5.4% , IBU 14

Their dark wheat beer is for those who truly savor beer. Effervescent and full-bodied, a pleasantly light caramel note is perceptible in the flavor and imparts a velvety mouthfeel. The color can be described as chestnut. Perfect for pairing with game, roast pork as well as desserts.  Food Pairing: Pork Roast.  ABV 5.3%, IBU 14 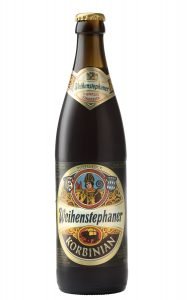 Their dark doppelock wins over beer lovers with notes of plums and figs, balancing the dark malt aromas reminiscent of toffee, nuts and chocolate. The Sweet notes are offset by roasted malt flavors making this beer an excellent accompaniment to smoked meats and fish. Korbinian doppelbock is also delicious with desserts of chocolate.  Food Pairing: Cookie Bar with bacon (Yum!)  ABV 7.4%, IBU 16

Cloves are readily perceptible in the flavor, with a hint of banana. Full-bodied and effervescent, the fine bubbles of carbon dioxide create a foaming sensation in the mouth. Vitus doesn’t taste like a conventional strong beer, but rather more like a premium, fruity wheat beer.  Food Pairing: Weizenbock Parfait.  ABV 7.7%, IBU 17