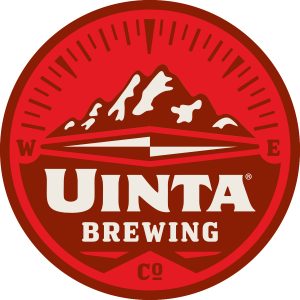 Uinta was born in a state with one of the lowest beer consumption ratios of the nation. Given those odds you would assume that there is no way for a brewery to strive and flourish in Utah, where Uinta was established.  But Will Hamill, founder of Uinta, saw opportunity.  He saw the need for craft beer in Utah, he saw the state filled with adventurers just like him willing to try new things, and he saw room to be unique and set himself apart from the rest.  But the beginning of Uinta started with Will finding his love for beer.

Will was born and raised in Portland, Maine where he was first introduced to home brewing. He then went off to college on the opposite side of the country where he kept his hobby of brewing while visiting nearby breweries.  After college Will found himself a job at a brewery in Portland, Oregon but that wasn’t enough to feed his love for brewing.  Will wanted to have a brewery of his own one day.

Finally, after almost a year of planning, Will set off to start his own brewery and he figured Salt Lake City, Utah was the perfect place. He had visited Salt Lake City before during road trips with his friends and the city had plenty to offer for his favorite outdoor hobbies of skiing, mountain biking, and hiking.  The city also lacked any variety in beer, so he figured it would be a great place to start a craft brewery.

Uinta Brewing Company was founded in 1993 and named after the highest mountain range in Utah that runs East and West. Will set up shop in an old mechanics garage.  He started brewing late in 1993 and sold his first kegs of Cutthroat Ale in early 1994, which was a recipe he had previously perfected while home brewing.

Will didn’t expect to get too popular to quick and his original business plan he was hoping to get to 5,000 barrels per year by year five. But his popularity grew far faster than he could’ve imagined and hit that mark by year two.  At first Will was only selling kegs of his beer but demand for his beer to be packaged in bottles grew so in 1996 he Uinta installed a bottling line.

By 2000 Uinta outgrew their first location and broke ground to build a new 26,000 sq. ft. brewery. They also installed a new brewing system in the new brewery to keep up with the demand.  Soon after the new brewery opened Uinta switched over to 100% wind powered which is the first business in Utah to do so.

In 2011, Uinta also added solar panels to the roof of the brewery for added pollution free power. By 2012, demand had grown even further to where they needed more space, so they added a 34,000 sq. ft. packaging facility which grew their campus from 2.5 acres to 5.  Again in 2013 they expanded to add another brew house to up their beer production.  Now a days, Uinta distributes to 38 states across the U.S. and is the 38th largest craft brewery in the nation. 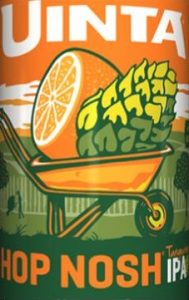 A play on our flagship IPA, this beer features an aromatic menagerie of tropical hops and tangerine zest. Wraps up with a crisp, bitter finish.   ABV: 7.3%, IBUs: 82. 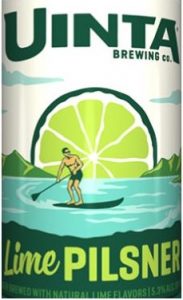 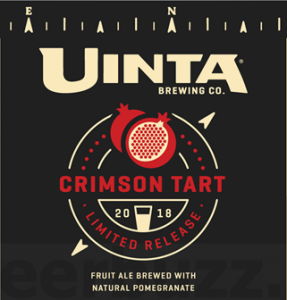 For more information on Uinta and all their beers, visit: http://uintabrewing.com/