Brewery of the Month

SweetWater brewery has been making tasty brews in the heart of the south since 1997.  The original brewery was built in in western Atlanta, Georgia.  What started as a dream of two college buddies has turned into a dream job full of great adventures and lip-smacking beers. What would you expect from a couple of boys with more of a hankering for beers than for books?

College roommates and founders Freddy Bensch and Kevin McNerney got their start in the business working part-time cleaning kegs at a local brewery. After graduation in 1993, Bensch moved to California to study at the American Brewers Guild.  After visiting Atlanta during the 1996 Summer Olympics, Bensch saw an opportunity to bring a West Coast style brewery to the Southeast. McNerney soon joined Bensch in Atlanta raising initial funds to open the brewery’s first location in western Atlanta, Georgia.

On April 20th 1997, they brewed their first batch of their flagship brew: 420 Extra Pale Ale.  Named after the first date it was brewed on, 420 EPA continues to be a beer lovers favorite.  In 1999, SweetWater won the coveted World Beer Cup, which is an internationally recognized award.  Then in 2002, SweetWater won big again and received the “Small Brewery of the Year” at the Great American Beer Festival.

After winning these two prestigious awards and a seeing the demand for their beers skyrocket, it was time for a move and expansion.  In 2004, SweetWater moved to a larger location in midtown Atlanta. In 2012, they expanded that location an additional 100,000 square feet to provide room for offices, events, packaging and warehouse storage.  In 2016, SweetWater completed the expansion with the addition of climate controlled conditioning space, barrel aging room and a tasting room for visitors.  While the ownership of the brewery has changed hands over the years, one thing has remained consistent, great quality brews all year long! 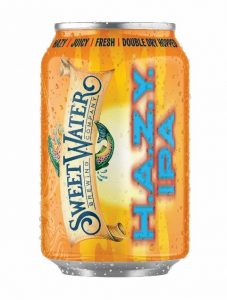 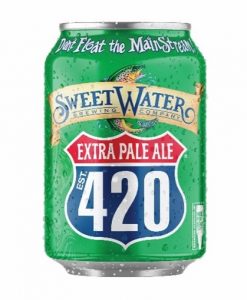 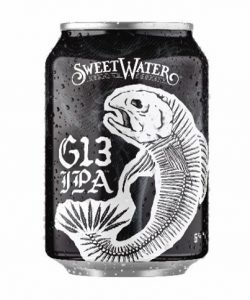 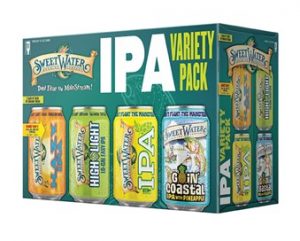 H.A.Z.Y. IPA: SweetWater endowed this straight up juice bomb with a double dry hop of Mosaic, Citra, El Dorado, Azacca and Simcoe for a blast of mango, stone fruit, lime, and pine. It’s not a mirage, but a tasty refreshing oasis in your pursuit of haziness.

IPA: SweetWater’s original India Pale Ale lays down hints of grapefruit and pine on the palate, with a clean and bright finish. A straight-up, always fresh, always heady OG IPA, this is the go-to brew you order without having to check the menu.

Goin’ Coastal IPA with Pineapple: Slide into some sunshine and step off the grid by Goin’ Coastal with this pineapple laced IPA. The bright aromas of the five citrus hop additions are accentuated by the tropical fruit of the pineapple – and just like those three day weekends, its finish is quick.

FOR MORE INFORMATION ON SWEETWATER BREWING BE SURE TO VISIT:   sweetwaterbrew.com