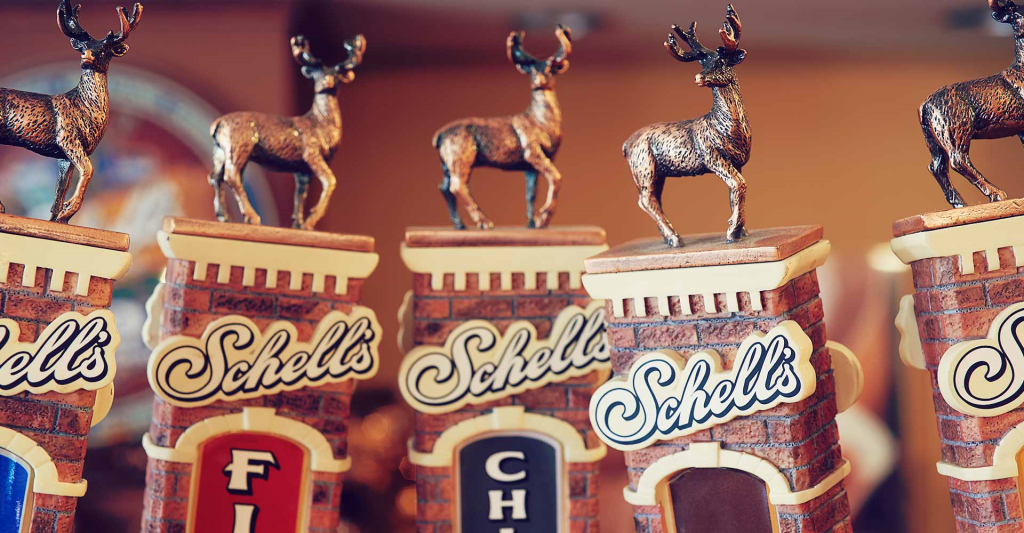 At 156 years old, Schell’s Brewery is the second oldest brewery in the United States; right behind Yuengling Brewing Company at 187 years old.  Schell’s long fascinating history started back in Germany where August Schell, the founder of Schell’s Brewery, was born.  He was raised and lived in Germany until the age of 20 when he parted ways with his family and friends, and made the journey to the United States.

Once in the states, August started his new life in New Orleans but soon started travelling North with his wife and kids.  Eventually August and his family met some other German immigrants and together they founded the town of New Ulm, Minnesota.

In New Ulm, August worked at a flour mill for a few years to feed his family.  Eventually he got fed up with the difficulty of finding a good German style beer and decided to open his own brewery.

In 1860 August founded the Schell’s Brewery, staying true to his heritage and using German brewing techniques to build his recipes.  He built the brewery near the Cottonwood River that he used to transport his beer and to harvest ice in the winter.  He would bring large blocks of ice and store them in caverns under the brewery to keep the beer cold in the heat of the summer.

In 1919 prohibition hit and the brewery took a blow.  But unlike 1,300 other breweries that closed and never reopened, Schell’s was able to transition to other products and survive.  During prohibition Schell’s made near beer (non-alcoholic beer), soda, and candy.  When prohibition was repealed in 1933 Schell’s made the transition back into brewing beer.

Since the end of prohibition Schell’s has stayed true to their German heritage and brewing process, at the same time they have had to keep up with competition and challenge the boundaries of traditional German beers.  This makes for German inspired beers with new American twists in which they have come up with some delicious award winning beers.

To this day, Schell’s remains true to their heritage in the brewing process and in celebrations.  Each year they hold big events at the brewery like Oktoberfest and Bock Fest. 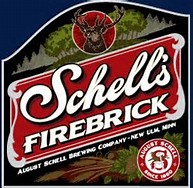 Schell’s Firebrick is available all year. It pours a dark copper/amber red and carries scents of malt and floral.  The floral aroma is prevalent right away on the first sip but not hoppy like a Pale Ale or India Pale Ale.  Under the floral flavor, you start get the malts that are expressed in flavors of bread, biscuit, and toffee.  All around it’s a well-balanced lager that carries great flavor.  ABV – 5%, IBUs – N/A.  Beer Advocate 83 points – good. 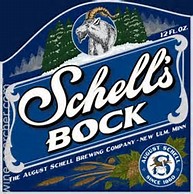 Schell’s Bock is their winter seasonal and is the headliner to Schell’s Bock Fest that they hold every year at their brewery. The Bock pours a dark amber and has an aroma of robust malt and caramel.  It has a medium body that carries flavors of bread, sweetness, caramel, and a hint of toffee.  A very well-built Bock that is guaranteed to keep your taste buds warm in the dead of winter.  ABV – 6.1%, IBUs – N/A.  Beer Advocate 87 points – very good. 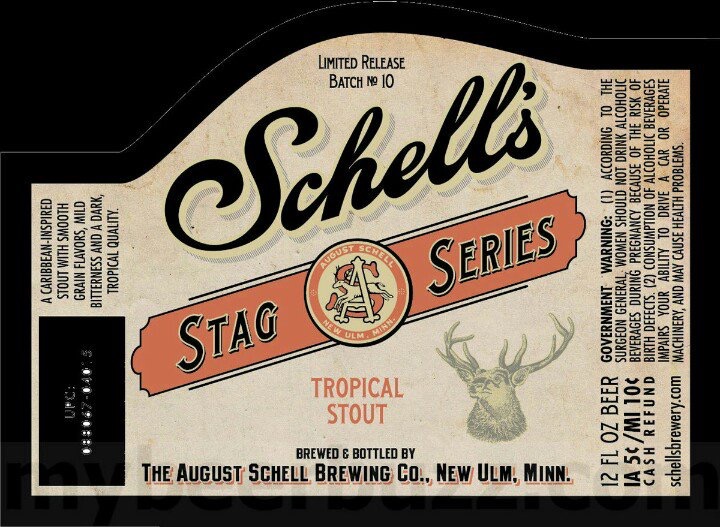 Schell’s Stag Series is “A collection of innovative and experimental, limited-edition brews released periodically throughout the year.” The Tropical Stout is number 10 in the series and is described as, “A mild, Caribbean-inspired Stout.”  It pours a deep black color and has scents of roast, chocolate, and dark rum.  There is a lot more going on with the flavor profile.  Everything on the nose comes through on the tongue but also includes flavors of coffee, biscuits, toffee, and nuts with a hint of smoke.  Overall I was surprised with this beer; it was hard to decipher what a tropical stout tasted like.  But after tasting it I was pleasantly overwhelmed how well the flavor melded together making it a very delicious beer.  ABV – 8.5%, IBUs – N/A.  Beer Advocate 87 points – very good.

FOR MORE INFORMATION ON SCHELL’S BREWING AND THEIR FULL LINE-UP, VISIT SCHELLSBREWING.COM