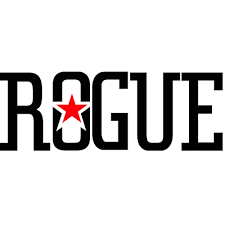 They didn’t name the business Rogue Brewing Company just because it sounded cool or catchy; they named it Rogue because that is the kind of business they wanted to run and the kind of beer they wanted to brew.  It is apparent in their Creed that they have for the company, “The spirit of the Rogue brand, even the name, suggests doing things differently, a desire and a willingness to change the status quo. A Rogue Ale, Porter, Stout, Lager or Spirit is crafted to give it unique character, innovative in its makeup and brewing, a process that has not compromised quality.”

It all started back in 1987 when three friends/Nike executives (Jack Joyce, Rob Strasser, Bob Woodell) had a collective dream to start a brewpub.  After they came up with the idea for it things moved quick for them.  In 1988 they opened the Rogue Public House, a pub with the brewery in the basement, in Ashland, Oregon.  Business was booming from the get go so they quickly started looking for a town to open up a second location.

While searching for a new location Jack Joyce (CEO of Rogue) found himself stuck in Newport, Oregon where he met Mohava Niemi, the owner of Mo’s Restaurants.  While enjoying Mo’s famous clam chowder she indulged Jack with her dream of living above a bar.  She also revealed that the place below where she lived was vacant and a perfect spot for a brewpub.  Jack decided this was the perfect place for Rogue’s new ale house and brewery.  Mo was the owner of that property so the two of them struck a deal to bring Rogue Brewery to Newport.

They started construction in early 1989 and soon had the brewpub open by May of that year.  The community was intrigued and joyful at the sound of a brewpub coming to their town and so they were a big part in helping with the construction.  Many who helped out are honored in some way at the bar.  The owners were so fond of the Newport community and following they had received there that they moved their headquarters to Newport.

Since then Rogue has been brewing innovative beer that has become popular throughout the states.  They currently have 11 brewpubs throughout Oregon, Washington, and California; and their beer is distributed to all 50 states and 30 different countries.

For the Hazelnut Brown Nectar, Rogue took the European Brown Ale style and added some hazelnut to it which gives it more of a rich flavor. It pours a dark brown with aromas of malt and hazelnut.  The flavor profile consists rich hazelnut, coffee, and roasted malts with a smooth finish.  ABV – 5.6%.   IBUs – 33.  Beer Advocate: 91 points – Outstanding

The style of The Dead Guy Ale is derived from the German Maibock. It pours a deep yellow color with a hint of orange and carries aromas of caramel, nuts, and malt.  The flavor is consistent in the smell as you get all three but it also has hints of brown sugar and toffee.  Overall a well-built ale that delivers great flavor and drinkability.  ABV – 6.5%.  IBUs – 40.  Beer Advocate: 88 points – Very Good

Rogue also has their own gardens where they grow all kinds of plants that can be used in their beers, pumpkins included, which is what is used to help make their Pumpkin Patch Ale. It pours a dark copper brown and reveals smells of pumpkin pie and baking spices, almost like a pumpkin pie.  The flavor is surprisingly lighter than the smell gives away.  Just enough pumpkin flavor with hints of cinnamon and vanilla and a hint of spice making for a fantastic fall beer.  ABV – 6.1%.  IBUs – 25.  Beer Advocate: 87 points – Very Good