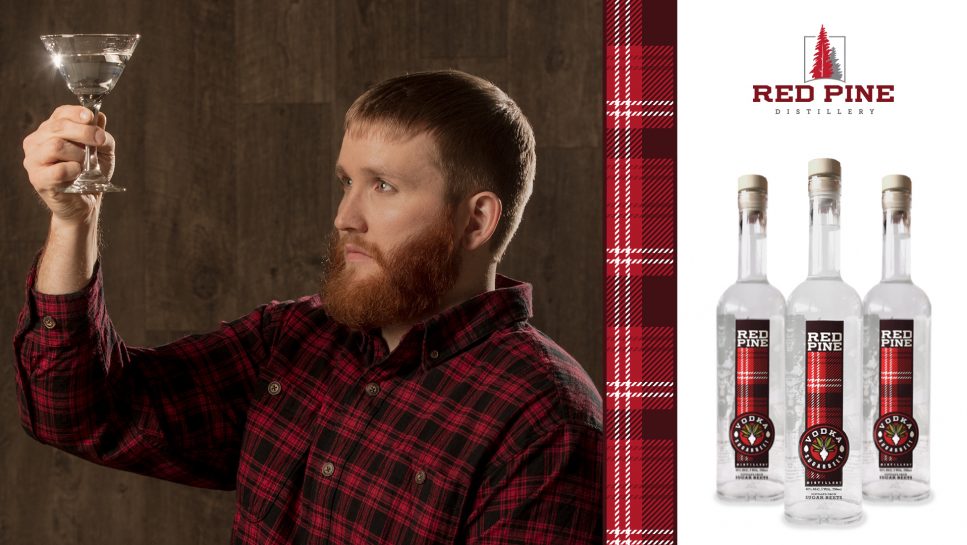 The idea for Red Pine Distillery began in 2012 for Tyler Seim, founder and distiller.

Having grown up on a farm in the Grand Forks area, farming was very influential on him. Once it came time to pick a college major, he landed on chemical engineering due to his love of chemistry and science in general.

His dream was to work at a big brewery like Anheuser Busch or distillery like Jack Daniels, combining his love of science and knowledge of farming. In 2012, while attending the University of North Dakota, he’d gained enough knowledge of how distillation works and decided to give it a try. He experimented early on with unique crops and techniques not normally used in making distilled spirits.

After graduating in 2015, Tyler began work as an Engineer for American Crystal Sugar and continued to experiment with distilling. In the fall of 2015, he finally decided that instead of working for a big brewery or distillery, maybe he could start his own instead.

Since then, two additional products have been added also made from sugar beets, a spiced and white sugar beet spirit. They are made in a “rum-style” and are intended to be used in that way.

Red Pine Vodka, Spiced Rum and White Rum  are now available at all Happy Harry’s locations. Stop by either of our Grand Forks locations thru November 16, 2018 and check out the Red Pine displays and enter for a chance to win two tickets to the Vikings vs. Packers at US Bank Stadium on November 25, 2018.  Must be 21+ years of age to enter. 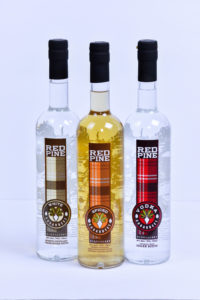 SPICED RUM- Early hints of cinnamon and vanilla, transitions into subtle notes of clove and nutmeg. Smooth finish that gently lingers on the tongue.

For more information or to book a tour, visit Red Pine’s website: redpinedistillery.com