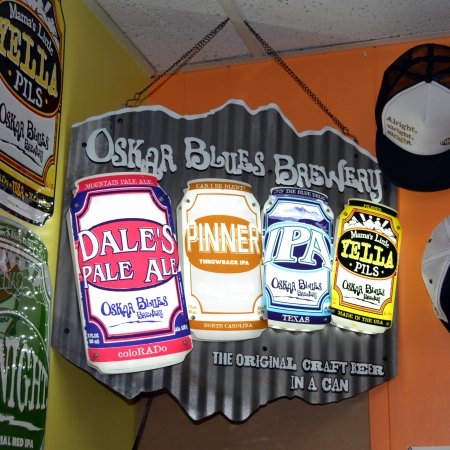 Brewery of the Month – September 2016

When Dale Katechis and his wife left Alabama they were on their way to move to Montana and pursue a life of fly fishing. But on the way there they found themselves in the small town of Lyons, Colorado.  Here they fell in love with the town and its wonderful community, beautiful scenery, and opportunities for adventures.  So much so they couldn’t leave so they dug in and made it their new home.  To make a living there Dale opened up the Oskar Blues Grill & Brew back in 1997, and a couple of years after opening he started home brewing in the basement.

In 2002, Dale bought a canning system that cans one beer at a time, at which time Oskar Blues became the first craft brewer to start canning their beer starting a revolution in the craft beer industry.  Since then a lot more craft breweries have started canning their beer after seeing the benefits of cans.  Dale’s initial reasoning to go with cans was because he wanted a container that was more portable for when people were out adventuring.  But, other benefits from going with cans are that they are better for the beer because the can keeps out harmful light.  Also, cans are better for the environment because they are 100% recyclable.

Eventually Oskar Blues beer gained popularity to the point where Dale couldn’t keep up with the demand at the Oskar Blues Grill & Brew, so in 2008 he opened a brewery in Longmont, Colorado.  Since then Oskar Blues has followed suit with other larger Western breweries and opened an East Coast brewery in 2012.  That brewery is located in one of Dale’s favorite towns for mountain biking, Brevard, North Carolina.  But Oskar Blues has recently taken their expansion one step further than the other bigger craft breweries and opened a brewery in Austin, Texas.  That brewery just opened its doors at the end of July and will allow Oskar Blues to be distributed to all 50 states, as well as parts of Canada, Sweden, and the U.K.

Beer isn’t the only business ventures that Oskar Blues has either.  In 2013 they started the Can’d Aid charity foundation to help people and businesses affected by the 2013 floods in Colorado.  Since then the foundation has raised over a million dollars to help keep kids active, build communities, and promote local music.  Oskar Blues also has a line of non-alcoholic sodas called B. Stiff and Sons, and a line of coffee called Hot Box Roasters.  Along with all that they still have the original Grill & Brew still open in Lyons, and a few other eateries throughout Colorado.

Dale’s Pale Ale was Oskar Blues first beer they brewed and has been their number one seller since. It was also the first craft beer to be canned.  Dale’s Pale ale isn’t your average run of the mill pale ale, it is loaded with citrusy and piney hops which gives it great refreshing flavor.  ABV – 6.5 IBUs – 65  Beer Advocate Rating 88 points – Very Good 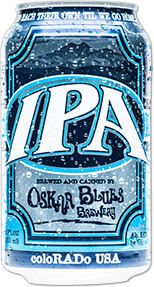 The Priscilla is Oskar Blue’s American take on the Belgian Classic Wit. But they also tossed in some orange peel and coriander spice to give it a savory spice.  The Priscilla is light bodied making it smooth and drinkable but is still packed with flavors of light bread, slight orange, spice, and banana.  Overall making a great thirst quenching beer that will cool you down in the heat of the summer.  ABV – 5.2%  IBUs – 20. Beer Advocate Rating 84 points – good