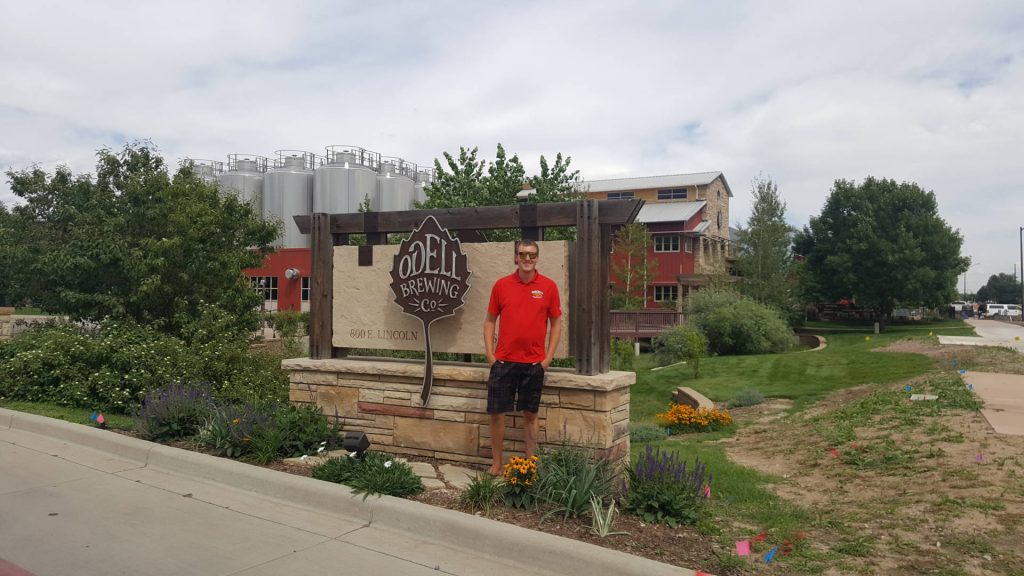 Brewery of the Month – September 2017

It started back when Doug Odell found a love for beer and started working at Anchor Brewing Company in San Francisco, California.  Unfortunately for that job he spent most of his time cleaning the mash tun instead of being on the brewing side.  Eventually he moved to Seattle, Washington where he continued his homebrewing and met his wife.

It was on Doug and Wynne’s honeymoon in the UK where they came up with the idea to take Doug’s love for homebrewing and turn it into a career by starting a craft brewery.  But it wasn’t as easily done as it was thought of.

Back in Seattle, which at the time was home to one of the first surges of craft brewing in the US, had a very saturated craft brewery market.  Doug knew he would have a very tough hill to climb if he tried to open his brewery there.  Instead he started looking elsewhere for a community for his brewery to strive in.

Doug had three criteria for the home of his brewery.  He was looking for a town that was a college town, was near a major highway or city, and that had good water for brewing beer.  It just so happened that his sister Corkie was living in Fort Collins, Colorado and it fit all three of Doug’s criteria.  So, Doug and Wynne moved to Fort Collins and with the help from Corkie they started Odell Brewing Company in 1989. 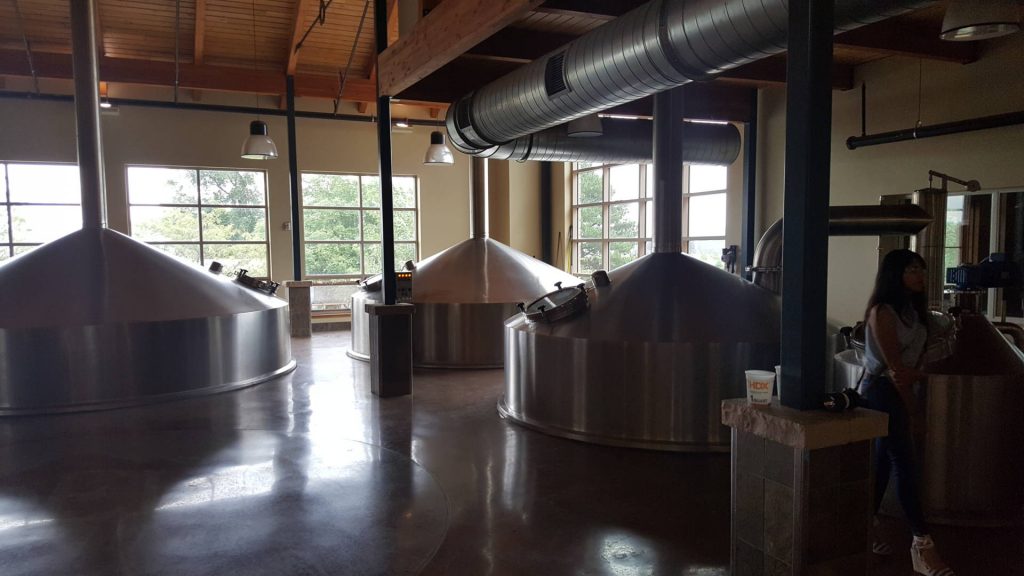 They first set up shop in an old 1915 grain elevator but it didn’t take them long to outgrow that building.  In 1994, they moved a couple of blocks down to where they are still located today.  At first, they built the brewery for the size they needed at the time.  But, since then, they have grown in popularity and have needed to expand.

Since 1994, they did multiple small-scale expansions to keep up with demand.  It was in 2013 when they did a major overhaul of the brewery where they built a new brewhouse, remodeled the taproom, and built a beautiful backyard patio.

Originally Odell only sold their beers in kegs until they put in a bottling line in 1996.  In 2015, they were looking for a way to expand their packaging since their bottling line couldn’t keep up with demand and with that they brought in a canning line.  On top of that, Odell also has a proficient barrel aging line of beers.  It had started off as a small side project but quickly became more than that to where they had to build a giant room to house all the barrels that are currently filled to the ceiling. 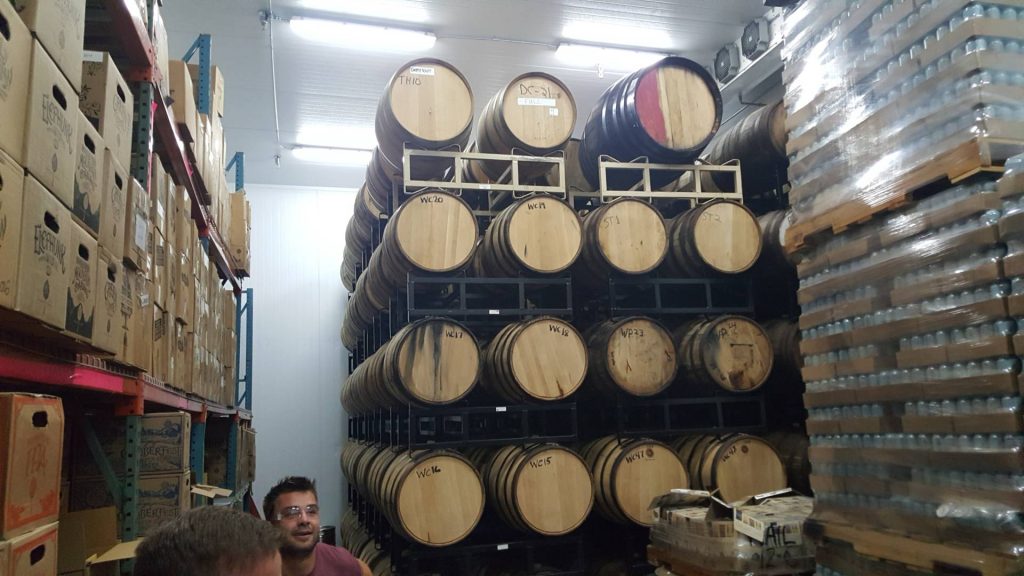 Other than the canning line, 2015 was a big year for Odell, in which a majority of the company was sold to the employees making that part of the company an ESOP (Employee Stock Ownership Plan).  With this, employees earn stock in the company based on how many hours and years they put into the company. 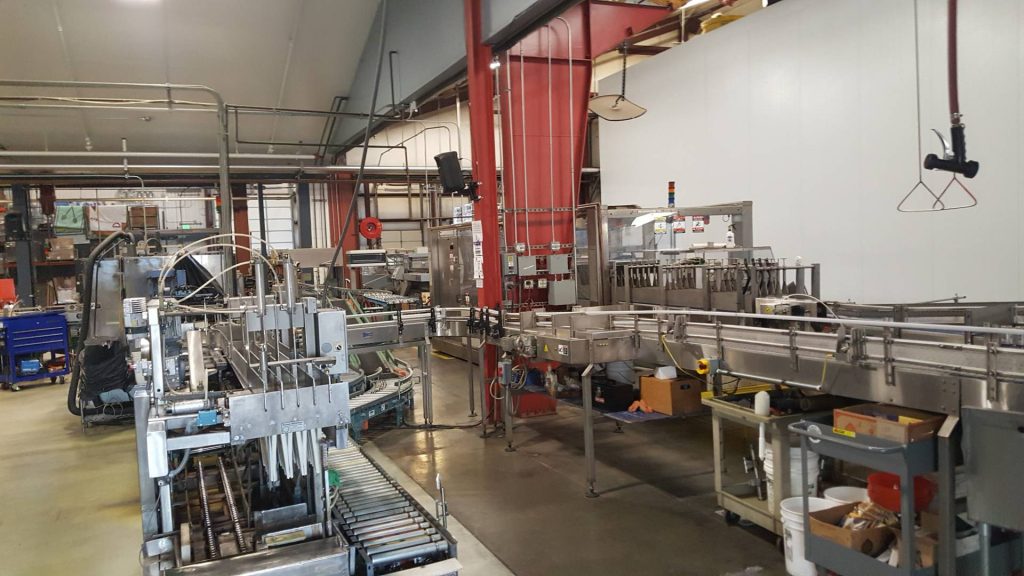 Odell is also very big on working on sustainability.  First off, they give all their spent grain to a local farmer who uses it as feed for his livestock.  Second, Odell recently hired a full-time sustainability coordinator to work on getting Odell to be a zero-landfill brewery by 2020. 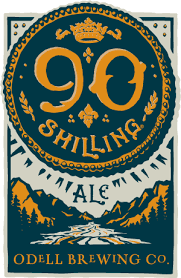 Odell’s 90 Shilling Amber Ale is their flagship beer that has been around since the beginning. It’s named after the Scottish method of taxing beer where the best beers were taxed 90 Shillings. It is a magnificent amber colored beer with aromas of bread, malt, caramel, and dash of sweetness.  The flavor is very similar to the smell but there is also a hint of citrus hops on the end.  Hoppy flavor in an amber ale is a bit different than most, but Odell did a great job incorporating hop and making a very well balanced delicious beer.  ABV – 5.3%, IBUs – 32.   Beer Advocate Rating: 86 points – very good. 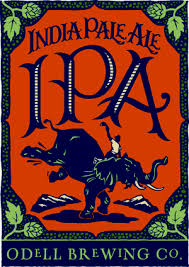 Odell’s IPA pours a rich copper color. The Aroma is fruity, citrusy, orange rind, and has a hint of spices and pepper.  The taste consists of the orange but with a bit of grapefruit, lemon, and bread crust.  You also get a hint of caramel from the distant malts in the beer.  It’s a great balance of hops and malt for an IPA that is both thirst quenching and flavorful to round out a truly great beer.  ABV – 7.0%, IBUs – 60.  Beer Advocate Rating: 94 points – outstanding. 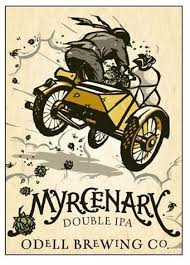 Mercenary is named from a component of essential oils in the hop flower, Myrcene. It pours a golden amber color with a touch of orange and a slight haze.  The aroma is hop forward, which is to be expected with a double IPA.  It’s dominated by floral and grapefruit hop aromas but pine and citrus are slightly noticeable as well.  The taste is dominated by tropical and citrus hops, like grapefruit and lemon.  The malt adds a delicate sweetness and bread to really round out the beer.  Overall this is a fantastic Double IPA that is wonderfully crafted.  It gives you everything you want in the style, greatly balanced, in your face hop flavor tamed with just enough malt sweetness to make this a very enjoyable beer. ABV – 9.3%, IBUs – 80.  Beer Advocate Rating: 95 points – world class.

For more information on Odell Brewing, visit their website: https://www.odellbrewing.com/