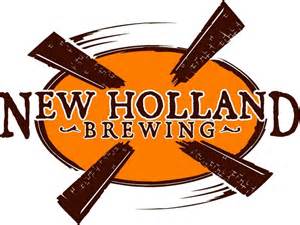 New Holland Brewing is located in Holland, Michigan off the coast of the Lake Macatawa and only seven miles away from Lake Michigan.  It is the product of two friends, Jason Spaulding and Brett Vander Kamp, who found a love for home brewing in college and wanted to pursue it as a career.  Jason and Brett were fed up with the very few options of low quality flavor lacking beer that was available to them and wanted to show everyone that you can make enjoyable beer with flavor.

It started back in 1994 when they made the decision to create their own brewery.  It took them two years to formulate a business plan, once they had that complete, they found investors immediately and founded the brewery in 1996. They brewed their first batch in 1997.  Their goal was to “produce beer that was characteristically unique to Western Michigan” and they have stayed true to it since.  New Holland currently brews 8 year round beers and almost 20 additional beers in their seasonal and limited edition releases.

New Holland also started distilling spirits back in 2005 and began selling them in 2008. This business adventure was started when Brett visited the Caribbean on a vacation and found a love for the artisan rums that were available.  When he came back he decided to use his skills to create his own.  That endeavor has grown profitable for New Holland, and currently they make whiskey, rum, gin, vodka, and an orange liqueur.

Just this fall, New Holland opened a new brewpub, which they named The Knickerbocker, and brew-stillery in Grand Rapids, just 30 miles away from Holland, which will still be their home base. New Holland has always had a big following of craft drinkers in Grand Rapids and they had wanted to open a brewpub there for quite some time now.  The building is 40,000 square feet which will help New Holland produce close to 40,000 barrels of beer in 2016 and distribute to 34 states. 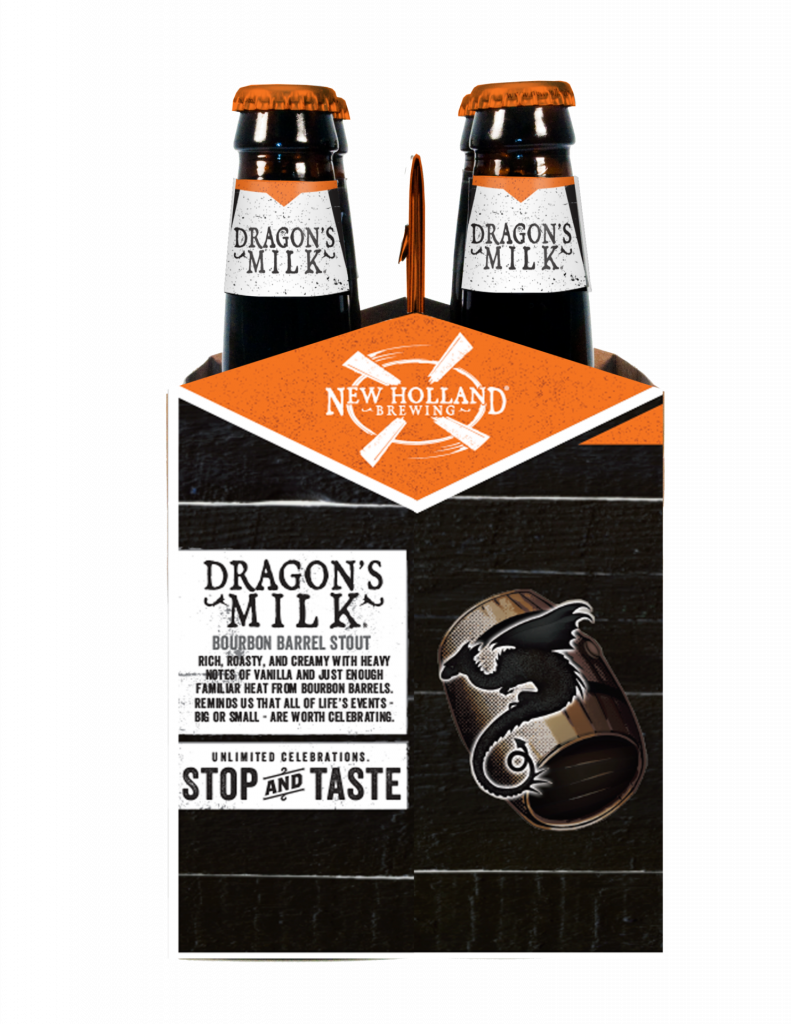 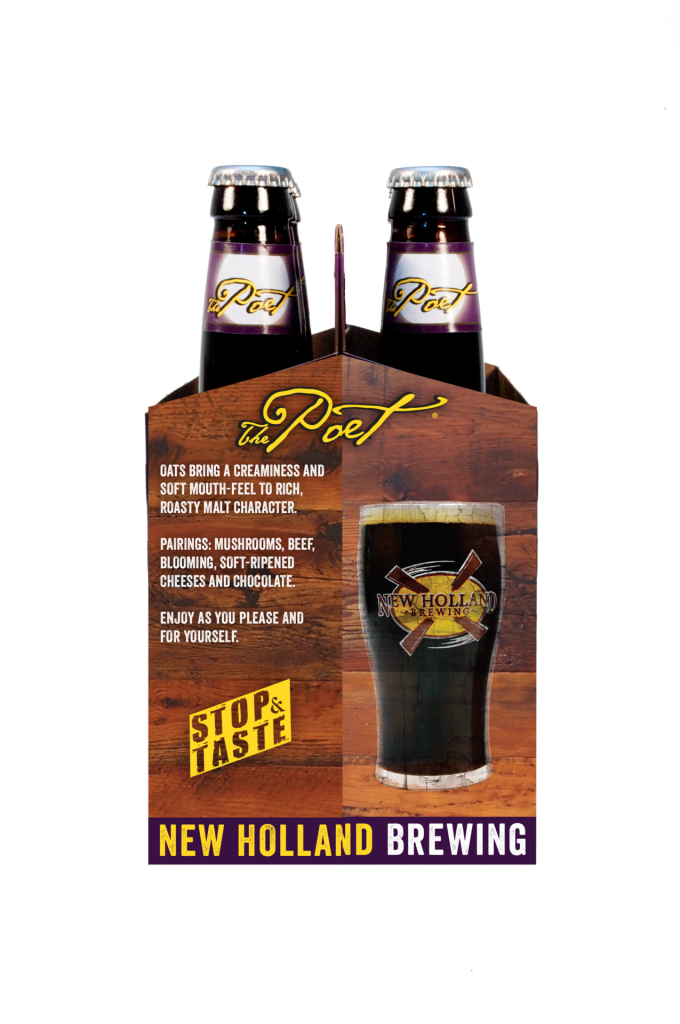 The Poet is a darker stout in color with aromas of roasted malts, vanilla, and espresso. The flavor starts off with brown sugar and roasted malts, then leads into light coffee and milk chocolate with a touch of vanilla.  This oatmeal stout is a little lighter than most but the flavor is still there and very well balanced.  ABV – 5.2% IBUs – 37.  Beer Advocate: 88 points-very good. 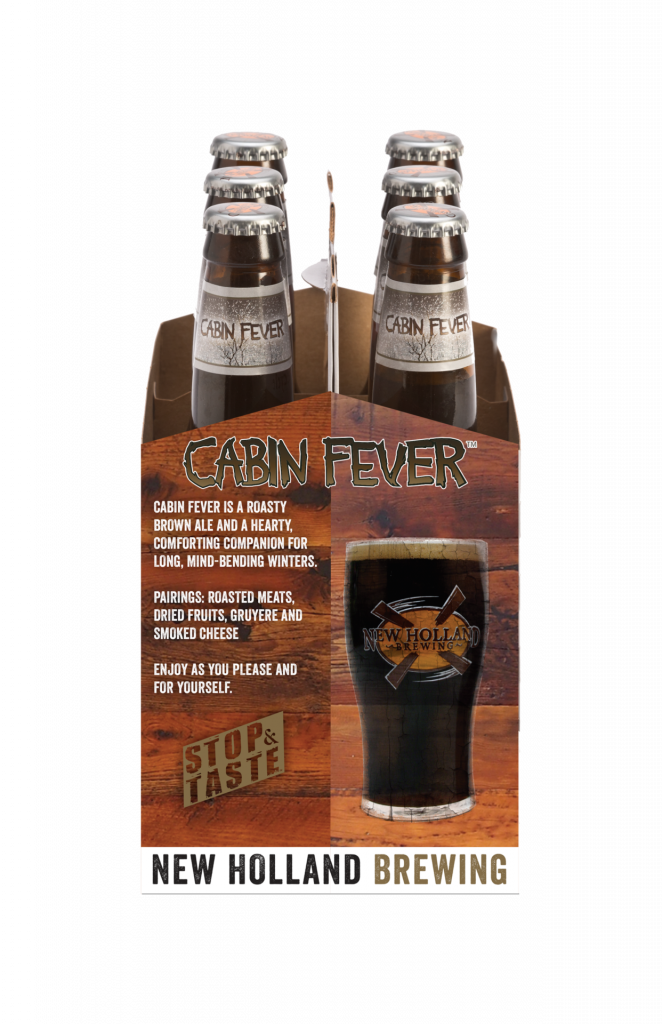 Cabin Fever is New Holland’s winter seasonal. It pours a dark brown with a hint of red and carries aromas of caramel, mild smoke, and nutty cocoa.  The taste starts off with caramel and hazelnut that leads into bitter chocolate and coffee grinds then finally leaves you with the hint of smoke.  A well-made brown ale that all the aromas and flavors to help warm you up in the cold of the winter.  ABV – 6.5%  IBUs – 25.  Beer Advocate: 83 points-good.

For more information on the rest of New Holland’s beers and distilled sprirts, go to:  http://newhollandbrew.com/