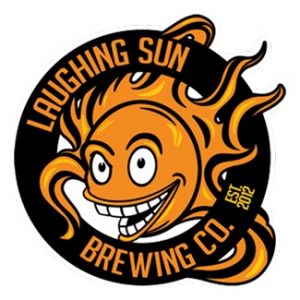 The story of Laughing Sun Brewing began when co-founders Todd Sattler and Mike Frohlich met while going to a mutual friends’ band’s show at a local bar in Bismarck, North Dakota.  At the time Todd was an attorney and Mike was working as a web designer.   They began talking and found out they have a shared love for beer and brewing.  Todd began homebrewing in the 80’s when his father started sharing his hobby of homebrewing with him.  While Mike’s brewing background began when he was working at the Rattlesnake Brewery in Dickinson, North Dakota.

Before meeting Todd, Mike had co-founded the Muddy River Mushers Homebrewing Club and was brainstorming starting a brewery.  The only thing keeping him back from starting his brewery was that it was too big of a task to take on alone and needed a partner.  After meeting Todd and finding out they both loved to brew beer, Mike shared his dream of starting a brewery and they agreed to start one together.

In 2012, they founded Laughing Sun Brewery and Taproom and opened shop in Bismarck’s downtown area.  Todd became the Head of Operations while Mike took the roll of Head Brewer.  Their brewing equipment, a 3.5bbl system, was purchased from a BJ’s Pub in Seattle, Washington.  They started off with a few different recipes, some of which became some of their flagship beers, but have since brewed over 100 different beers and only sold their beer to local bars in kegs.

After a couple years of growing success, they were at full capacity brewing and couldn’t keep up with orders.  So, in 2014 they began the thought of moving to a new bigger location or opening a second.  Unfortunately, the oil boom was hitting Western North Dakota at this time which drove up property pricing and left it very difficult to find anything they could afford. And was that way until 2018.

In 2018, Mike and Todd finally were able to find a location they liked for the right price and began refurbishing it to move their brewing operations into.  This building is located on Front Street in Bismarck and increased their square footage from 1,500 to 5,000. With this added space they upgraded from their 3.5bbl brewing system to a 20bbl, added in a canning line, made a bigger taproom, put in a kitchen and eating area, made a bigger stage for local artists, and built a heated outdoor patio.  Laughing Sun officially made the move into this location in the fall of 2018 and have since started to deliver their can packaged beer all over the state. 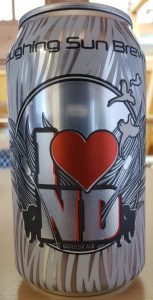 North Dakota from field to pint. All of the malt in our golden ale comes from Two Track Malting, located just three miles down the road from Laughing Sun Brewery in Bismarck, North Dakota. Golden Color, mild hop flavor, always pleasant on the palate. A quaffable crowd pleaser!   ABV: 4.0%, IBUs: 15 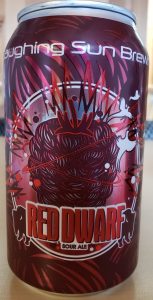 This kettle-soured ale is brewed with 100% Two Track malt and fermented with an exorbitant amount of raspberries for a pleasantly dry finish and dazzling reddish hue.  ABV: 5.0%,  IBUs: 25 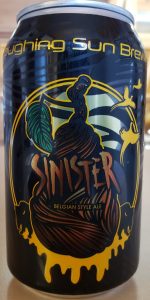 Our Belgian Golden Strong Ale takes it name from the light pear flavors imparted by the Belgian yeast esters and the sinister nature of these styles of ales. Easy drinking from the Pilsner malt profile, this refreshing ale packs a punch with the additions of raw sugar to the boil kettle. A light hop flavor balances the alcohol, and melds perfectly with the pear flavors.  ABV: 9.0%, IBUs: 30.