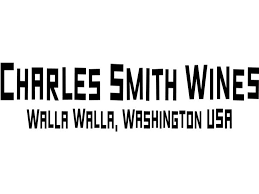 Charles Smith Winery Is located in Mattawa, Washington.  Charles Smith was born and raised an hour from Napa Valley, CA but he didn’t discover his love for wine until he was living abroad in Europe managing a number of different rock bands. It was the wining and dining of a rock n roll life on the road that sparked his passion for great wine. In 1999 while on a road trip to Walla Walla, WA Charles met a winemaker that convinced him to start producing his own wines.  Just 2 short years later in 2001 he released his first vintage of 330 cases.  Charles Smith was named Winemaker of the Year in 2009 by Food & Wine Magazine and again in 2014 by Wine Enthusiast Magazine. 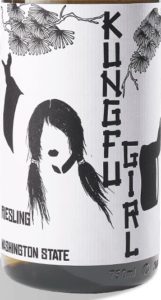 Kung Fu Girl is a dryer style Riesling. The wine contains notes of peach, apricot and tart apple and has a long and refreshing finish.  Kung Fu Girls Riesling received a 91-point rating from Wine Spectator and has twice been named to their “Top 100 Wine” list.  Overall this is a clean dry Riesling that you can drink on its own or pair with spicy or Asian dishes.

I have decided to pair this wine with Asian Barbecue Chicken. The recipe comes from myrecipes.com 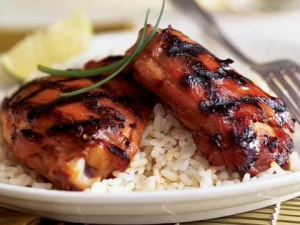 Step 4:  Place chicken on grill rack coated with cooking spray; grill 20 minutes or until done, turning and basting frequently with the marinade. Garnish with lime wedges and green onion tops, if desired.