With the nearing of St. Paddy’s day we get the opportunity to drink green beer and dress for the annual pub-crawl. For some, however, they want to celebrate the day devoted to St. Patrick with a glass of whiskey.  I was given the opportunity to try some whiskeys that will help us all get in the mood to dress in green and maybe even do a little jig.

The four whiskeys I had the opportunity to spend some time with are Green Spot Irish Whiskey, Redbreast 12 year, Jameson Black Barrel Reserve, and Jameson Caskmates. I tried one whiskey a night over the course of 4 nights so that each received a fair chance to be judged equally. 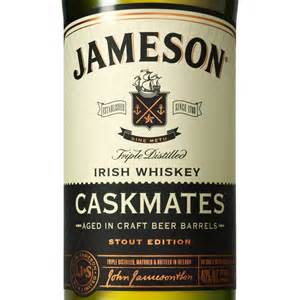 The first of the four I tried was Jameson Caskmates. The whiskey is described as Jameson that has been finished in casks that once contained Franciscan Well Stout.  As a whiskey lover and beer lover I have to admit I was intrigued.  The nose had hints of sweet caramel but it was overpowered by a sharp, alcohol smell that is similar to cheap vodka, which quickly made my excitement for this offering diminish.  I sampled this offering neat and could easily taste light caramel and malt with a lingering chocolate finish.  Knowing that many people prefer to add ice I tried this next.  The ice mellowed the whiskey and created notes of caramel, chocolate and a hint of woodiness.  Unfortunately, I felt this whiskey was not up to the standards I was expecting and would likely be better mixed than enjoyed straight from a glass.  I will add however that this would make a nice addition to an Irish Car bomb, which happens to be my favorite “shot.” 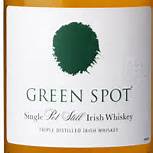 Next I chose to try the Green Spot. This is a whiskey I have seen on the shelf but knew little about so I was naturally excited for the opportunity to try this.  At first glance the bottle and appearance is underwhelming and does not really catch your eye but the quality of what I found inside that clear bottle more than made up for what I viewed as a lack of presentation.  Immediately I checked to see what I could sense on the nose of this whiskey.  I found spice that presented itself as smooth, mellow, and warm followed by vanilla, oak, and caramel.  When sampled neat this offering is smooth and fruity offering hints of pear and apple accompanied by spice.  I found this to be a complex whiskey that made me look forward to my next sip because each time I was able to identify something new as I enjoyed my glass.  When I added ice to this I thought that many of the notes I was enjoying closed up and vanished.  I was still able to taste the spice and vanilla I expect from whiskey but the complexity had left.  Overall, I feel this is a strong offering when enjoyed neat and I would be glad to have this again. 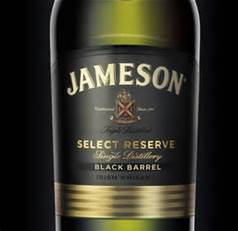 The third offering I tried was another from Jameson but this time it was the Black Barrel Reserve. This whiskey appears to be less of the traditional Irish style but is aimed more toward the Bourbon lover.  On the nose I got sweetness with hints of fruit, caramel, and charcoal.  When sampled neat vanilla came through with caramel showing that this whiskey has been styled similar to Bourbon and has spent time in charred oak barrels.  I thoroughly enjoyed the warm, rich, buttery texture of this offering.  Ice caused the whiskey to change gears and become very mellow and sweet with hints of caramel and a fleeting touch of apple.  Normally I prefer my drinks neat but Jameson Black Barrel delivered regardless of my serving choice. 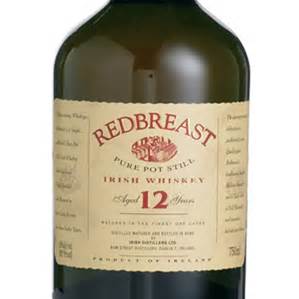 The last whiskey I tried was Redbreast 12 Year. On the nose I got spice with a hint of vanilla.  When I dove into this neat I got spice with notes of plum, and raisin, with vanilla on the finish.  I loved the creamy texture of this whiskey.  By adding ice this whiskey completely changed.  It became very sweet with significant notes of citrus fruit and molasses on the finish.  My quick review of this whiskey should show that this is a solid performer that focuses on consistency no matter how it is served.

Each of the four whiskeys I tried was different and has something to offer each person who may be new to Irish whiskey or the seasoned connoisseur. I encourage you to try each responsibly so that you too, may experience some of the many offerings the Irish have graciously provided. Sláinte!