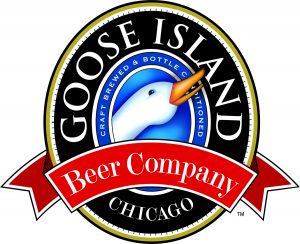 Goose Island was one of the original craft breweries founded in the Midwest that helped push the boom of craft beers through the area.  It all started with John Hall, the founder of Goose Island Brewing Company.

John had been working for a packaging company in which he was able to travel to numerous destinations for work.  Europe was one of those destinations, which is where John was able to experience the many different styles and varieties of beer while touring across Europe.  It made him wonder why America didn’t have the vast varieties of beer that was found all throughout Europe.  So he took his new found passion, spent a couple of years planning, quit his job and opened up Goose Island’s first brewpub in 1988 in Lincoln Park, Chicago, Illinois.

John got the name for Goose Island Brewing Company from a nearby island in the area.  After opening in 1988, Goose Island grew quickly in popularity and in size to meet distribution demands.  In 1995 they opened the brewery that they still use today.  Although, since 1995, they have more than doubled the size of the brewery to allow room for innovation and to keep up with production.  The original brewpub is now called the Clybourn, while their second brewpub, that was opened in 1999, is called the Wrigleyville.  The Wrigleyville brewpub is located one block away from Wrigley Field and a popular hangout spot for Cubs fans before and after games.

Goose Island’s success and popularity comes from their strive to be innovative.  They were the first brewery to bourbon barrel age beer which since, has become a popular segment of the craft beer industry.  Goose Island’s Bourbon County is the beer that came out of their bourbon barrel aging process and has been highly coveted by the craft beer drinkers.  Unfortunately, it is of very limited quantity when it comes out every year in November, so get it while you can.

Goose Island also has what they call the Vintage Series, or Sisters Series (each beer is the name of a sister) of specialty beers that they age in wine barrels.  Most of these beers are aged with fresh fruit in the barrels to give them a fruit forward flavor.  Also, some of the Vintage Series are sour beers, created by intentionally adding bacteria to the beer.  The Vintage series has a couple of beers like the Matilda and Sofie that are available year round, but most of them are of limited release at certain times of the year like the Lolita and Juliet.

The Matilda is one of Goose Island’s Vintage Series beers, but it is one of the two that are available all year round in either a 4 pack or a 25oz single bomber bottle.  It pours out to a burnt orange color with moderate head.  Matilda is brewed with wild yeast Brettanomyces which gives it a funky flavor, the good kind of funk.  It carries flavors of mango and spice and finishes with a delicate dry bread flavor that hangs around after each sip.  Overall Matilda is a great beer that is crisp, clean, and well balanced that would be great to have out on the deck after a warm afternoon.  ABV 7.0%  IBUs 26

Goose Island’s Urban Wheat Ale is an American Pale Wheat beer.  It is available all year round in 6 packs and 12 packs.  It is a light golden in color with a light head that dissipates quickly.  Since it is a wheat beer you get the grain flavor with hints of fruit and very minimal bitterness.  The Urban Wheat is a perfect summer beer that has flavor but still very easy drinking.  It is a perfect beer to have multiple of while having fun under the sun that keeps you refreshed.   ABV 4.2%  IBUs 18

The Goose IPA is one of Goose Island’s classic beers that has won plenty of awards over the years.  It is available all year round in 6 packs or 12 packs.  It is amber in color with a medium head and a citrus smell to it.  Its taste is malty and flavorful with hints of caramel and pine, with a little bit of grapefruit on the finish.  It’s a very nicely rounded IPA with phenomenal hop character that goes down smooth.  ABV 5.9%  IBUs 55

CLICK HERE FOR A COUPON TO RECIEVE $1 OFF ANY GOOSE ISLAND BREWERY 4 PACK, 6 PACK OR SPECIALTY BOMBERS