Goose Island has been brewing delicious beers for over three decades now and it’s no surprise they still have some of the best, most drinkable and tasty beers around. Founder John Hall and son Greg Hall know how to make and sell beer!

Started in Lincoln Park, Chicago and named for a nearby island, Goose Island was purchased by Anheuser-Busch InBev in 2011 and is distributed across the United States and the United Kingdom. Greg Hall stepped down as head brew master that same year, but his influence on the beers they produce is still felt today. Goose island was one of the first breweries to do a barrel aged series with their release in 1996 (under Greg’s tenure as head brew master) of Goose Island Bourbon County Stout. First brewed and aged in old Jim Beam Barrels, this stout was an immediate success in the local market and then in 2008 it was made available to most western states. By 2012 it was available in all 50 states. Goose Island’s Brett Porter said: “We let the warehouse run to Chicago temperatures—cold winters, followed by hot humid summers—that causes the staves in our bourbon barrels to bring in and then force out liquid, and that’s where the flavor comes from”. Still to this day one of my favorite stouts!

Their brewery was built in 1995 and has more than doubled in size since originally built. They bring you their tasty pints using 32 fermenters, over 15 different yeasts, state-of-the-art filters, centrifuges and a 50-barrel JV Northwest 5 vessel system that brews 24 hours a day, 7 days a week. It turns out that making awesome brews is quite the science. Luckily their brewery facilities have all the equipment necessary to deliver results.

Their packaging line alone bottles 500 cases an hour, with their keg line at a rate of 50 kegs every 60 minutes. Once the beer is complete, they store it at a crisp 38 degrees until shipping. In other words, they don’t mess around when it comes to filling the Goose Island demand. They even have separate rooms to house small batch innovation programs and yeast propagation units, and their barrel-aged beers have their own dedicated stockroom AND 143,000 square foot barrel warehouse. It’s only the very best equipment for their beer!

To close, if you haven’t had a Goose Island beer lately or ever, give it a try. I think you will like the very approachable and delicious beer that is sold nationwide! Cheers!!

Bright, lemony and creamy wheat ale that is immensely refreshing. 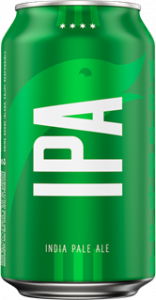 Moderate scent with hoppy floral notes. Much lighter body than is typical of an IPA, which immediately grabs your attention 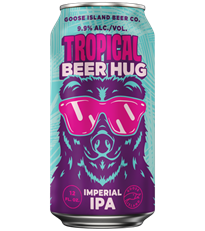 This double dry-hopped double IPA grabs you with a big tropical beer hug—bursting with hops, hops and more hops. Notes of mango, pineapple, peach, and citrus are followed up with dank pine notes.

Rich Imperial Stout blended from a mix of bourbon barrels from distilleries such as Heaven Hill, Wild Turkey, and Buffalo Trace, each aged in freshly emptied bourbon barrels for 8-14 months. Expect flavors of chocolate and vanilla, oak, whiskey, and molasses, followed by caramel, berry fruit, and almond.