The story for Boulevard Brewing Company begins back in 1984 when John McDonald went on a summer vacation to Europe.  While overseas he stumbled across a bar that specialized in Belgian Beers and at the time John was open to new experiences and walked in and tried some.  He immediately fell in love with the beers and the different flavors that were found in them.

Unfortunately, when John got back to the States he realized that there were little to no beers found nearby that carried the same aromas and flavors like the ones he found in Europe.  All the beers in the U.S. were lacking when it came to body, aroma, and flavor.  So, all John could do was dream about those beers he had in Europe while he finished school and started a career in carpentry.

After spending too much time dreaming about the great beers, he decided to do something about it.  At first John started homebrewing and visiting other breweries to see what is needed to start a brewery for himself.  The next step, John formulated a business plan, sold his house, and went in search for more funding to start his own brewery.

It took a little bit of time, but John finally raised enough money and found the location for his brewery, an old brick building in Kansas City, that use to be home to laundry for the Santa Fe Railroad.  John even imported a vintage 35-barrel Bavarian brewhouse to brew his beer in.  In 1989 Boulevard Brewing Company brewed it’s first batch of beer and sold it’s first keg to a nearby restaurant, hand delivered by John himself.

Growth was slow at first, just selling kegs to nearby restaurants, that was until he found a bank to give him a loan to purchase a used bottling line, so he could start bottling his beers and get them into off-sale stores.

John’s original business plan was set to hopefully sell 6,000 barrels of beer per year sometime down the road.  But to John’s surprise, the third year of business they sold 7,000 barrels of beer, which was well ahead of schedule.  This trend of surprising success continued and hasn’t seemed to slow down for Boulevard.

They eventually outgrew the original brewhouse and needed more room.  The consultants wanted to relocate to find more room, but Boulevard had become a staple of the town and of it’s original location.  So, in 2006, a building expansion at the original location began to make more room for the brewery which cost a hefty total of $25 million.

With this new expansion to the brewery they now had plenty of room and resources to do more experimenting than they were able to do pre-expansion.  This is when the smokestack series was born which offers more creative, bolder beers that have been very popular since their inception.

Down the road a little further,2013, Boulevard continued its growth and ever-increasing popularity, but John was starting to age to the point where he wanted to start planning for his eventual retirement.  This is when he approached the Duvel Moortgat family, described by Boulevard’s website as, “A collection of artisanal breweries dedicated to the highest expression of brewers’ art.”  Duvel purchased Boulevard from John and joined the collection of breweries.

With this buyout Duvel doesn’t plan on changing much or anything at all.  They purchased Boulevard for exactly what it was and what it was becoming but they do plan on helping expand the reaches of Boulevard beers.  Also, John stepped down as the CEO but remains involved with the operations of running Boulevard and has a seat on the board.

Currently Boulevard is sold in 25 different states, the District of Columbia, and a few countries overseas.  In 2016 Boulevards annual production reached over 219,000 barrels of beer.  Their original Pale Ale and Unfiltered Wheat remain their two most popular beers that they sell.

Boulevard Unfiltered Wheat Beer is a lively, refreshing ale with a natural citrusy flavor and distinctive cloudy appearance. This easy drinking American-style wheat beer has become our most popular offering, and the best-selling craft beer in the Midwest.  ABV: 4.4% IBUs: 14 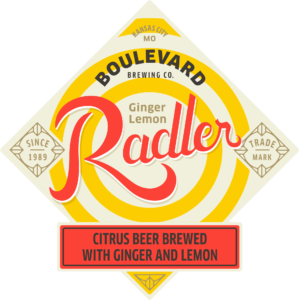 Ginger Lemon Radler is a zesty, refreshing take on the tradition of mixing beer with soda or lemonade to create a light, thirst-quenching beverage ideal for warm weather. Radler (literally “cyclist,”) takes its name from active German sportsmen of a hundred years ago, but our version tastes just as good even if you do nothing more strenuous than lifting it to your lips.  ABV: 4.1%  IBUs: 12 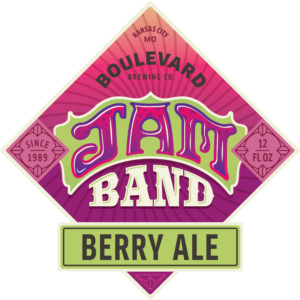 Accompanying a simple malt base, blueberry, raspberry and tart cherry play in perfect harmony to create a slightly tart ale that sings with ripe, bursting fruit flavor. Aromas of dark berries, citrus and melon open the show, bridging to zippy fruit flavors that meld into an easy-drinking summer beer worthy of an encore.  ABV: 5.9%  IBUs: 6