Big Sky’s history starts back in Michigan where two friends, Neal Leathers and Brad Robinson, started homebrewing in the 80s.  They were fond of and specialized in English style ales.

In 1990, they moved to Missoula with a group of friends and brought their love for beer with them.  In Missoula Neal and Brad started a local TV show called “Beer Talk” on the local cable access station.  On the show they sampled beers, talked about what they did and didn’t like about them, and discussed news in the craft beer industry.  Their show soon became popular and set viewership records for the local access channel.

Brad and Neal enjoyed the local craft brewery’s beer, Bayern Brewing, but they also thought the town had room for another one with English style ales that they liked to brew.  They had always talked about opening their own brewery but never had the means or know-how to do so.

This is where their Bjorn Nabozney enters the picture.  Bjorn was a co-worker of Brad and Neal’s at the local sportsman store, where they eventually became friends.  Bjorn was going to school for bachelor in finance and had a final project which required him to make a business plan for a new business.  So, since Brad and Neal always talked about opening a brewery he made a business plan for a brewery.

After Bjorn graduated they took the business plan and rolled with it to start their own brewery.  To get it started Brad and Bjorn talked to potential investors while Neal worked on putting together some recipes.  After a year and a half, they received enough capital to open their brewery, Big Sky Brewing Company.

In 1995, they opened their brewery and brewed their first batch of beer.  Business started off great, but for the first 5 years they only had enough room in the brewery to keg their beer.  There was no room for a bottling line.  They started drawing plans for a new brewery, but that would still be some time before they could bottle their beer.  So, in the meantime they contract brewed some of their beer over at Portland Brewery.  Portland Brewery brewed and bottled Big Sky’s beer so they could sell it in stores.

In 2003, Big Sky brewed their first batch of beer at their new brewery.  They are still in that brewery to this day where they brew 47,000 barrels of beer each year.  They currently sell to 24 different states, a vast majority of them being west of the Mississippi River. 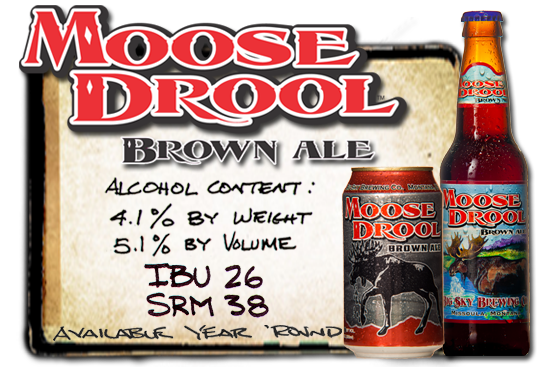 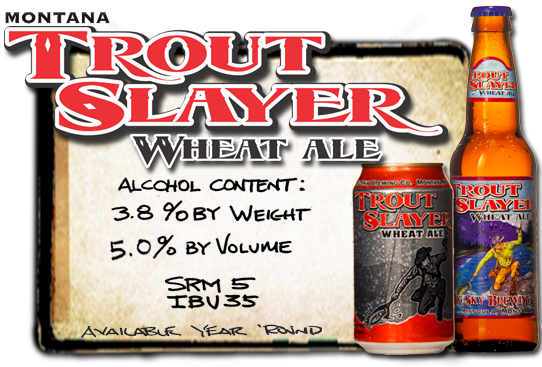 The Trout Slayer is a wheat beer and is a hazy gold/straw colored beer with aromas of rising white bread dough, orange peel, and floral notes. The flavor starts of smooth with floral notes and orange peel and finishes with a tad of bitterness.  It is a very well balanced wheat beer that could soothe any thirst quench on a hot summer day.  Beer Advocate: 82 points – good. 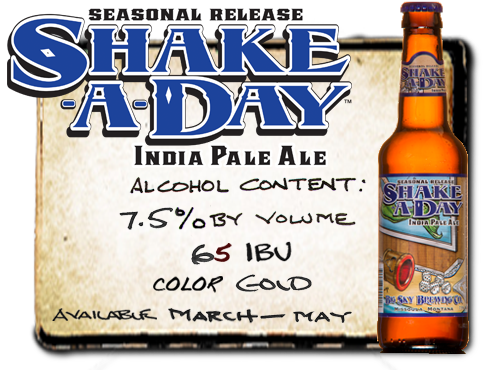 Shake-A-Day IPA is Big Sky’s spring seasonal, available from March to May. It pours a hazy golden orange color and carries scents fruity hops and honey malt.  The flavor profile consists of orange, citrus, grapefruit, and tropical fruits and is balanced with caramel malt and piney bitterness on the end.  Overall it is a very good, full of flavor IPA that isn’t overloaded with hops.  Very good beer that is perfect to pair with the first bonfire of the season.  Beer Advocate: 88 points – very good.

FOR MORE INFORMATION ON BIG SKY BREWING AND THEIR FULL LINE-UP, CLICK HERE!