Bemidji Brewing began as a shared vision between Justin “Bud” & Tina Kaney and Tom & Megan Hill. Bud and Tom met while attending Bemidji State University, and shared a few home brewed beers that Tom had made. It was clear how passionate Tom was about beer, both brewing and the culture surrounding it. Bud and Tom both graduated from BSU and went their separate ways, across the United States. While working in their respective industries, Bud’s entrepreneurial spirit grew while Tom’s thirst for beer knowledge continued to expand. Along the way, Bud and Tina crossed paths as did Tom and Megan. Being two sharp guys, they both knew right away that these ladies were top-notch. In the late 2000’s Bud and Tina contacted Tom with the idea to open a brewery in Minnesota, and intense planning began to make that dream a reality. Bemidji Brewing was formally organized in 2011.

In 2012, Bemidji Brewing launched a successful crowdfunded Kickstarter campaign, raising over $17,000. This allowed the Company to purchase its initial equipment- a mere .75 barrel (bbl) or 25 gallon system. In partnership with Harmony Co-op, who had recently opened a Commercial Kitchen space, Bemidji Brewing moved the brewing system in and out of the space each time they brewed– even through snow storms and sub-zero temps! Enough beer was made to supply one account in Bemidji. This small system allowed Bemidji Brewing to prove to lenders that there was a market thirsty for locally produced beer in Bemidji.

The success of Bemidji Brewing’s nano brewery paved the way to secure funding to purchase a bigger system (1.5bbls) and secure a lease in downtown Bemidji. The doors of Bemidji Brewing’s first taproom opened in July 2013. The four owners were all working to get the Taproom off the ground, and as is the case with small business, wore all the hats including serving their beer directly to customers. The 401 Beltrami Taproom was a success and in 2014 the Company was able to reinvest in a larger kettle and fermentation infrastructure to expand to a full 3 bbl system.

In 2015 Bemidji Brewing made the first steps of its largest expansion to date. An empty building at the edge of downtown Bemidji was purchased in August 2015 and a total renovation began. The building was gutted and prepared to receive a brand new 15bbl brew house and expanded taproom. This exciting expansion was completed in 2016 and the Taproom doors opened to the public in mid-July of that year. This significant volume increase allowed Bemidji brewing to expand the distance that its beer traveled, to other accounts and communities. Until this time, Bemidji Brewing’s distribution radius was about 1 block around the Taproom! 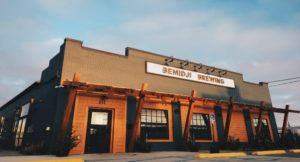 In the subsequent years since its major expansion, Bemidji Brewing has added cellar tanks to increase its capacity and began canning its products. Distribution of Bemidji Brewing products expanded to Grand Forks and Fargo/Moorhead in early 2020.

When crafting recipes Bemidji Brewing’s goal is to create very drinkable beers. So no matter which Bemidji you catch, you’ll want to have a few! 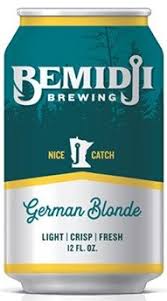 This light and refreshing beer is brewed with 100% German malts and hops, and is fermented with a clean ale yeast. Crisp cereal-like Pilsner malt back the herbal Saphir hops for a quenching experience. 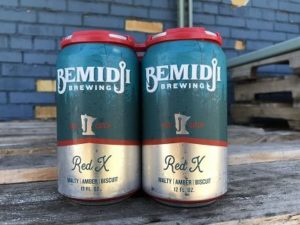 Brewed in the style of a German Altbier, this cool fermented ale focuses on two newcomers to the brewing scene: Red X malt and Loral hops. Rich, bready notes layer on dark fruit flavors with a bit of spice. Red wheat rounds out this dry, malty beer.  5.3% ABV; 20 IBUs; 12 SRM 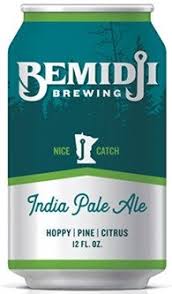 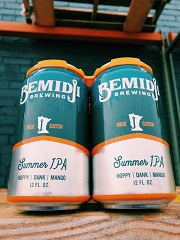 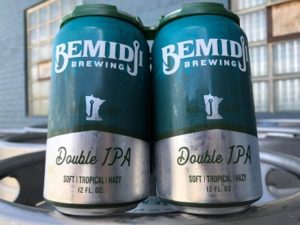 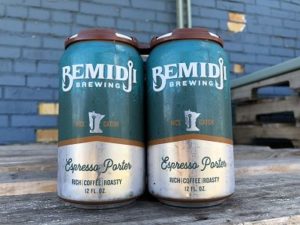 Enjoy this surprisingly refreshing beer with a focus on malt, roast and chocolate character. An added infusion of espresso pairs perfectly with aromas of cocoa, dark fruit and roast from the malts in this black ale.  5.3% ABV; 30 IBUs; 35 SRM