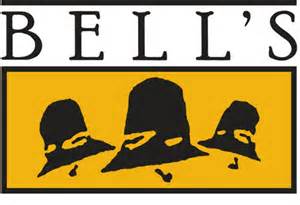 Originally started as a home brewing supply shop by Larry Bell back in 1983; Bell’s brewery has evolved to one of the biggest breweries in the mid-west today. Bell’s first started brewing and selling their beer in 1985 under the name of Kalamazoo Brewing Company, named after the town and street they are located on in Kalamazoo, MI. In 2005 they changed their name to Bell’s Brewing Company because the name had become synonymous with the company.

Bells’ original brewery is located on Kalamazoo Ave. along with their Eccentric Cafe. The Eccentric Cafe is a lively, fun place to enjoy good beers and entertainment in Kalamazoo. Also, since the Eccentric Cafe is located next to the original smaller brewery, they feature beers that are experimental and only available at the cafe. Bell’s main brewery is located nearby in Comstock, MI and is where they brew the majority of their beer that they distribute. The Comstock brewery was opened in 2012 and increased Bell’s brewing capacity to 500,000 barrels per year.

Bell’s is also conscious of the impact that they leave on the earth. Sustainability is very much incorporated in the everyday business over at Bell’s. For just a few examples Bell’s uses no-till farming practices at their farm, they are a part of the Adopt a Highway program and go out and pick up trash of the freeway, they also practice many forms of energy efficiency, and the list goes on. You can view their full list of sustainability practices on their website.

With being the first craft brewer in the mid-west, Bell’s has paved the way for many other craft brewers in the area, especially in Michigan. Bell’s is known for brewing big bold unique flavored brews and most brewers in the area have seemed to have followed suit because it is what the people of the mid-west crave. Although Bell’s is very popular in the mid-west, they have also found popularity in other states as well; Bell’s currently distributes their beer to 23 states, Washington D.C., and Puerto Rico. Bell’s currently brews over 20 all season and seasonal brews for every different palate. 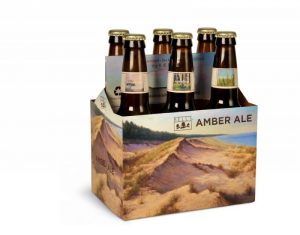 Bell’s amber ale is one their year round brews that they distribute. It is a cloudy amber color and smells of sweet malts. The taste is sweet caramel malts with a little bit of citrus hops on the finish. Overall a very drinkable beer with good flavor.  ABV – 5.8%, IBUs – 32.  Beer Advocate: 86 points – very good.  Rate Beer: 83 points. 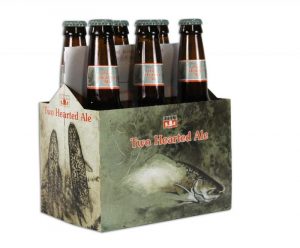 Bell’s Two Hearted Ale is one of their flagship year round beers. It was rated #1 by RateBeer.com for IPAs. It is golden amber in color and has a big aroma of fruity and citrusy hops. When it comes to flavor, Two Hearted is perfectly balanced with hops and malt. You get a great mixture of hops along with flavors of orange zest, bread, nuts, and a hint of pepper. Very drinkable and leaving you craving another, or more. This is one of the best IPAs around and well priced at that.  AB – 7%, IBUs – N/A.  Beer Advocate: 95 points – world class.  Rate Beer: 92 points. 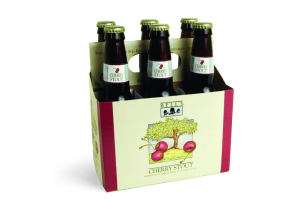 Bell’s Cherry Stout is one of their specialty seasonals that is only available in the winter months. It is made with Montmorency cherries grown in Michigan. In appearance, it is a dark near black like most stouts with scents of chocolate, malt, and a slight tartness from the cherries. Once you taste it you get more of the tartness than your nose picks up, but not overwhelming; it balances very nicely with the stouts chocolate and malt flavors.  ABV – 7%, IBUs – 45.  Beer Advocate: 81 points – good.  Rate Beer:  88 points.