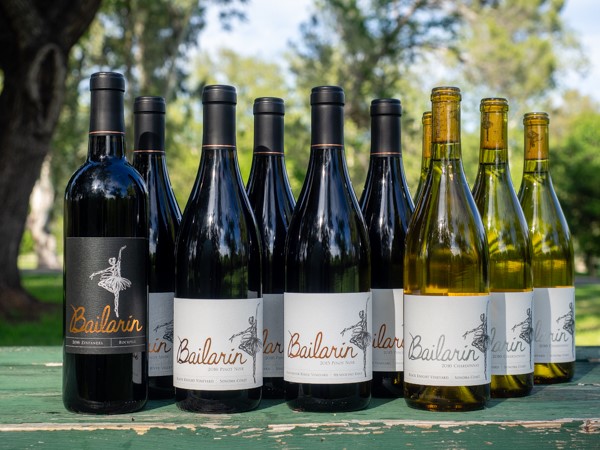 Growing up in Grand Forks, agriculture and the entrepreneurial spirit was a part of Chris Ryan’s upbringing. Farming was on both sides of the family including his grandfather Jerry Ryan, Co-Founder of the Ryan Potato Company. When he moved to California in 2007 for a Medical Device Sales job with Medtronic, he never imagined he would be part of a winery or that it would make it’s way back home. As Bailarin Cellars’ wine hits the shelf at the five Happy Harry’s locations across Grand Forks and Fargo, both will be a full reality.

“Wine was never a part of life until I met my wife Amanda. She grew up in wine country in Santa Rosa, California around many vineyards, winemakers, and wineries. She opened my eyes to quality wine which was a very different experience than college and after. What I learned that seems obvious now is that taste begins on the farm. Just the Red River Valley that is widely known for great soil and climate for potatoes and more, the Russian River Valley is known for incredible wine grape varietals including Pinot Noir, Chardonnay, and Zinfandel. We were fortunate to have a personal connection to award winning Pinot Noir grapes that was a catalyst for our founding,” states Ryan.

Bailarin Cellars was established by friends and family as a boutique winery in 2014. In the inaugural year, they made two Pinot Noirs including the Suacci Vineyard that scored 93 Points from Wine Enthusiast and the Manchester Ridge that scored 92. “Bailarin” is Spanish for dancer and represents people who do what they love. This is most certainly the case for the management team who divvy up responsibilities on top of their primary jobs plus Winemaker Will Weese. Chris is the Executive Director and leads the management team plus investor partners that include Grand Forks locals Bev & Casey Ryan (former President of Altru).

Since inception, Bailarin has worked to expand lineup from the two Pinot Noirs with inaugural 274 case production to over 1,000 cases per year across greater variety. The 2017 lineup includes a Rosé, a Chardonnay, four Pinot Noirs, and Zinfandel. “We have been fortunate to receive six 90 point plus scores from Wine Enthusiast in our first few years and are excited to take Bailarin beyond California. With my parents as Partners, North Dakota was a good choice and there is no better place to start than Happy Harry’s, a world class bottle shop. We allocated several of our wines from our limited inventory to make it happen. There is no question that Hal Gershman and his team embody our ethos and their friendly nature made this collaboration seamless. We look forward to working together to bring the best of the Russian River Valley to the best of the Red River Valley.”

Enjoy Bailarin Cellars from Happy Harry’s as you celebrate What Makes You Dance in your own life: 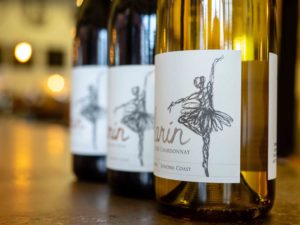