Like the rest of us this fall/winter, did you miss out on Pappy? Buffalo Trace Antique Collection (BTAC)? I’m going to offer some suggestions that will satisfy your thirst until next years’ releases.  By no means are these whiskeys an exact flavor profile, but they are similar and in some cases, superior.

One of the best Happy Harry’s single barrel releases this year (SOLD OUT) came from Eagle Rare 10.  It has the same mash bill (recipe-ratio to corn/wheat/rye/barley) as the ER17 and was personally selected from many samples by the Happy Harry’s staff.  Other selections that have the same flavor profile and mash bills are Buffalo Trace and a few of the EH Taylor releases (yellow tubes usually on top shelf) including the Small Batch, Single Barrel and the limited production Taylors that are released occasionally.  It was even rumored that the EH Taylor Cured Oak (aged 17 years) was Eagle Rare 17, so keep your eye out for the Limited EH Taylors, they are usually released every other year. 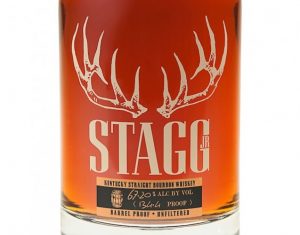 The GTS is a barrel proof bourbon that was super limited this year.  Most barrels selected only had one to two gallons of whiskey remaining, while some barrels were empty.  One of my favorite go-to bourbons, regardless of category, is the Stagg Jr..  In my opinion, these are virtually the same whiskey with a few years of age being the difference.  I am still surprised to see this on the shelf with regularity.  Like me, if you’re not a fan of Old Fashioned cocktails because they tend to get sweet, order or make an Old Fashioned with the Stagg Jr.  If drinking neat, add about 7-8 drops of cold water or one small cube.  It tends to open up some of the complex flavors and settles the alcohol.  If you usually drink your bourbon with a full glass of ice, try doing a side by side comparison to see the differences. 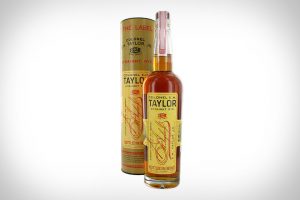 The Handy (name of the bartender that invented the Sazerac cocktail in New Orleans) is a barrel proof rye and it’s little brother is often called Baby Saz.  On the shelf it is simply Sazerac Rye- a clear bottle with white lettering.  This offering is harder and harder to find on the shelf, but depending on the time of year, it may be available.  The only essential difference between the two is the proof.  HANDY:barrel proof, Baby Saz:90 proof.  One alternative and one rye that I prefer over the Handy is the EH Taylor Rye. It is a bottled in bond rye (100 proof) and has a high rye mash bill.  In fact, it is mostly rye and a bit of malted barley.  I have no idea why this is still on the shelves at Happy Harry’s.  I’ve been to Chicago, Denver and Minneapolis and have not seen this anywhere.  Most rye connoisseurs snatch this up immediately. 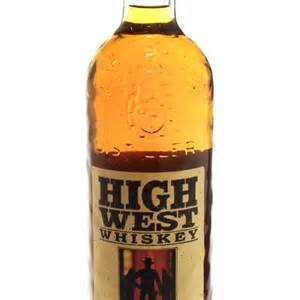 This would be the parent of the Handy Saz and Baby Saz (more complex than that but for the sake of a buying guide, it will do.  I will go into further depth of the SAZ line in a future post).  The Saz 18 is 90 proof and tends to change from year to year, but remains outstanding.  It has less rye than the EH Taylor rye so it tends to suit a bourbon drinker as a crossover to rye.  The High West line of ryes are a great line to try in picking out different nuances and flavor profiles.  High West hails from Park City, Utah and has been around since 2007 but it is new to North Dakota and Happy Harry’s this year.  You can buy 3 different ryes for about the same price as a Saz 18.  Pour 3 glasses and compare.  They also have limited releases that come out periodically, so keep checking back.  My two favorites are the Rendezvous  Rye and the Double Rye.  If you get a chance to get to the distillery, look for the limited releases there. 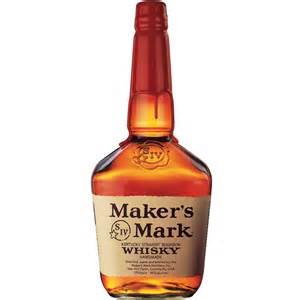 Arguably the most requested and sought after BTAC, there are very few alternatives to put in place of WLW other than the rest of the Weller line.  It is a “wheated” barrel proof whiskey, which makes it a “unicorn” in my opinion.  A year ago, I would have told you to grab a bottle of Weller Antique or Weller Reserve off the shelves for $24.99 and $19.99 respectively.  No longer is the case.  These two are now almost as elusive as finding a WLW in a bar or restaurant.  There is also the Weller 12, which is proofed down WLW and has never been in North Dakota.  The closest whiskeys I can suggest are Maker’s Mark (yes, Maker’s is a wheated bourbon) which would closely resemble the Weller line or Maker’s Mark Barrel Proof, which would resemble the WLW.  Other “wheaters” to try would be Rebel Yell Small Batch Reserve (bottom shelf but you get the wheat bouquet and flavor) and another favorite of mine that will soon be at Happy Harry’s is the Bernheim Wheat Whiskey (not a bourbon because it’s more than 51% wheat rather than 51% corn). The EH Taylor barrel proof is the closest in alcohol content to the WLW.  They both vary from 120-140+ proof.  The Taylor barrel proof is another whiskey that is hard to find outside of Happy Harry’s.

Same as the Weller line, all of the Van Winkle’s are wheat whiskeys.  Not in the wheat category but you might find to be interesting alternatives would be any private barrel Happy Harry’s would have.  I have never had a bad private single barrel selection ever!  The expert staff has a tasting of up to 16 different barrels of a particular brand.  The deduction process is meticulous with lots of discussion amongst the experts.  The winning barrel is then bottled and delivered to the store.  Even the actual barrel is brought to the store.  You will see them at all of the Happy Harry’s locations.  These private single barrel releases are by far the best bang for the buck. Ask the Happy Harry’s staff what private barrels are currently in stock. 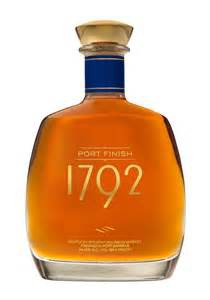 At most of the Happy Harry’s stores, you will find a glass case usually at the front of the store.  This is where they keep the ultra-limited and highly allocated releases.  Most recently there were some rare Wild Turkey releases as well as some ultra rare Elijah Craig 18 and 23.  You have to look every time you’re in the store because they don’t last long.  As of yesterday, I noticed some 1792 Port finish on the shelves. Very limited.