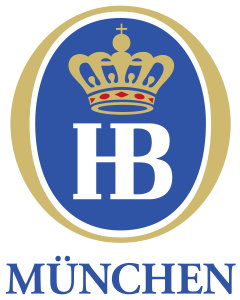 The way the world drinks beer changed forever on September 27, 1589 when Wilhelm V, the Duke of Bavaria and his counsellors answered the cries of locals demanding a better brew. They were dissatisfied with the beer brewed in Munich, therefore beer had to be imported from the town of Einbeck in Lower Saxony. Their solution? Build a brewery in Munich, Germany. That same day, Wilhelm recruited the brew master of Geisenfeld Monastery to plan and supervise construction and to be the first master brewer of Hofbräuhaus. For over 350 years beer was brewed at HB and has delighted patrons who would often rave about the delicious food served there as well. 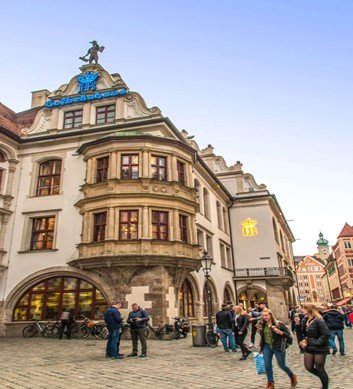 Hofbrauhaus am Platzl in Munich

After World War II, thanks in part to legions of American soldiers stationed in Munich bringing home beer mugs with the “HB” logo, the Hofbräuhaus quickly became Munich’s number one tourist attraction. Demand for Hofbräuhäuser in other parts of the world began almost immediately. The first Hofbräuhaus in Europe, outside Germany, was opened in Genoa, Italy.

In 1968, Helmut Meyer opened the first Hofbräuhaus outside of Europe, in Market Lane, Melbourne, Australia, where it still operates today. The complex includes Alpine Bar and Bier Hall.

Hofbräuhaus franchises have opened in several places around the United States. Newport, Kentucky in April 2003, Las Vegas, Nevada, in January 2004, Pittsburgh, Pennsylvania in March 2009, Chicago, Illinois in January 2013, Cleveland, Ohio in October 2014 and Columbus, Ohio in November 2014. A franchise opened in Buffalo, New York in September of 2020. A franchise had operated in St. Petersburg, Florida from September 2015 until March 2020. There is also a chain of Hofbräu Beer Gardens in Miami, Florida, Panama City Beach, Florida, New York, New York, and Milwaukee, Wisconsin. 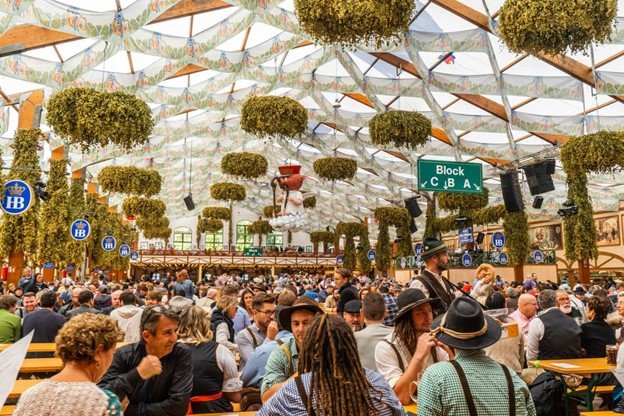 Hofbrau has gone global as well. The first Hofbräuhaus in Latin America was opened in Belo Horizonte, Brazil in November 2015. The Marriott International in Dubai has licensed the brand and has opened a restaurant in their hotel. The Hofbräuhaus Seoul was the first Hofbräuhaus in Asia. There was also a franchise at the Don Mueang International Airport in Bangkok.  Hofbrau has been around for over 430yrs and continues to brew exceptional beer in accordance to the Reinheitsgebot (German Purity Law) and should continue for years to come. 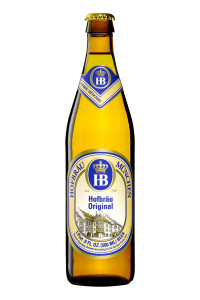 Sitting together on long wooden benches, enjoying pretzels and hearty snacks and treats, feeling that Bavarian hospitality and camaraderie, the perfect service donned in smart-looking traditional costume – nearly complete but what absolutely can’t be missing? A liter of Hofbräu Original! Luminous golden yellow with foamy white crown – you can already taste the refreshment: Slightly malty, full-bodied, mature and with an elegant finish. A beer with character for connoisseurs with character.  ABV 5.1%, IBU 24 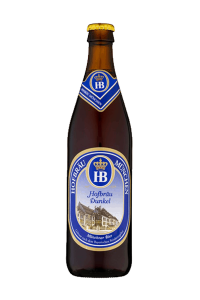 Bavarian tradition, the archetype of the Munich beer, you can taste its history – this is Hofbräu Dunkel. Long before wheat beers and lagers wetted the throats of Germans, the bottom-fermented dark beer was quenching the thirst of Munich residents. The first beer, which was served in the “Braune Hofbräuhaus”, still satisfies to this day with its roasted, hoppy taste and the subtle malty finish. ABV 5.5%, IBU 23 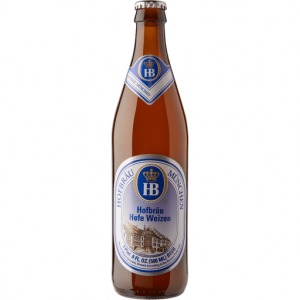 Sun on your skin and best friends at your side: A cool Hofbräu Hefe Weisse – the crowning glory for a perfect afternoon, Munich style! Because wherever friends get together in Munich: in the city, in the park, in the beer garden or on the patio, this subtly yeasty and tangy sparkling beer can’t be missing.  ABV 5.1%, IBU 14 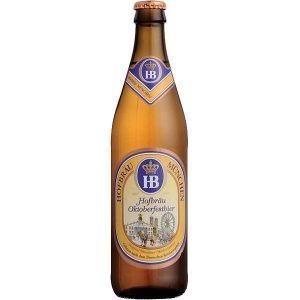 The waitress is carrying ten liters and she still has a smile on her face. Celebrating, singing, swaying – Prost! The Hofbräu tent at the Oktoberfest is known for its lively atmosphere. Here is where the world comes to celebrate. Down Under in Lederhosen. Of course, the most popular folk festival in the world wouldn’t be complete without a very special beer: Hofbräu Oktoberfest beer is a full-bodied, bottom-fermented specialty beer. With its fine hoppy aroma, it’s perfect alongside a classic Oktoberfest roasted chicken.  ABV 6.3%, IBU 23