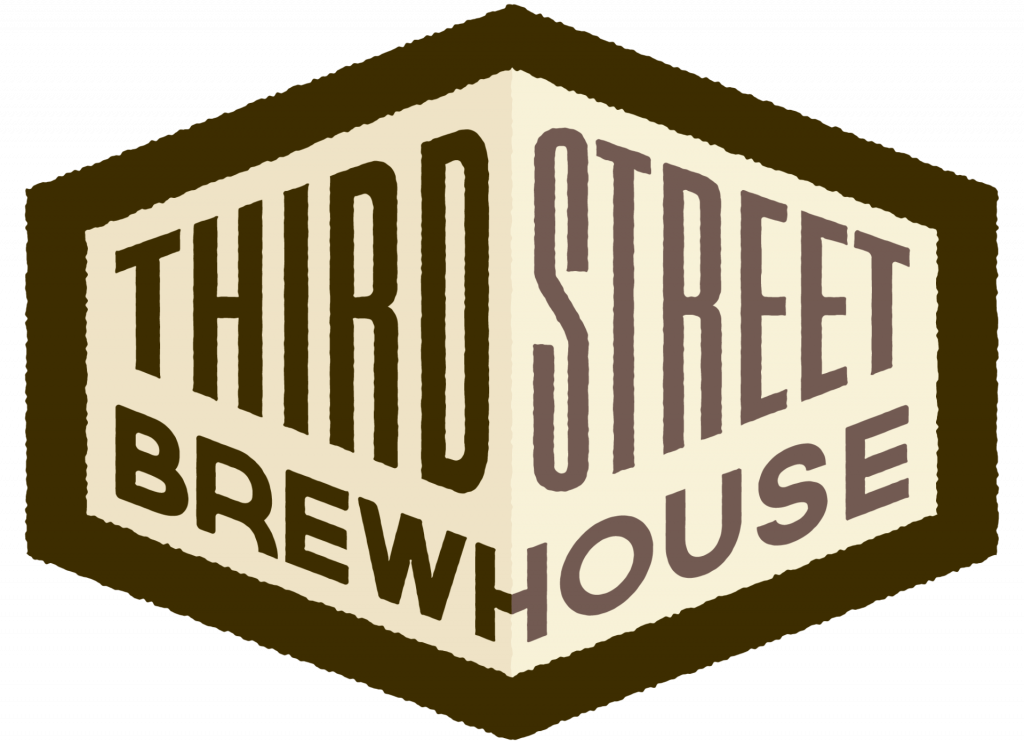 Located in Cold Springs, Minnesota, Third Street Brewery is actually a small part of a large company, Cold Springs Brewing Company.  Cold Springs Brewing Company was founded back in 1874 and started off as a small brewery.  In order to survive through the Prohibition era, they had to change, and in that change they started producing non-alcoholic beverages, like malt beverages, and club soda for a couple of examples.  After Prohibition was over they got back into making beer but stayed in the non-alcoholic business because it was thriving.  Since then, Cold Springs has seen ups and downs in business (almost going out of business once) as well as different owners.  Now days the company is flourishing and is the number one energy drink and specialty drink producer in the U.S. with help from contracts with from Monster Energy Drinks and other local energy and specialty drinks.

On the beer side of the market, Cold Springs had gone with the flow of what the people wanted throughout the years after Prohibition.  They had super cheap light beer, which through time has seen a decline especially with the domestic mammoths like Budweiser, Miller, and Coors taking a huge part of the market.  Cold Springs beer had become the laughing stock of the beer industry with the very low quality, taste, and price.  With the boom of craft beer industry, they decided to make a change, but in order to make that change work the tainted Cold Springs Beer name could not follow.  In June 2012 Cold Springs Brewery opened a brand new 80,000 sq. ft. brewery with a computerized system, making it 90% automated, and founded Third Street Brewery (the non-alcoholic side of the business kept the Cold Springs name).  The brew house is so big that the Third Street brand is not the only beer brewed there.  They also contract brew for several other breweries like Lift Bridge Brewing out of Stillwater, Minnesota, and 21st Amendment Brewing out of California.

With the state of the art brew house, Third Street Brewing is able to make all of their beers with a small 15-man team.  When Third Street first started brewing they started off with three year-round beers, Lost Trout Brown Ale, Bitter Neighbor Black IPA, and Rise to the Top Cream Ale.  Since they started they have changed their year round lineup and have added seasonal and specialty selections as well.  Just this year they are adding Hop Lift IPA and a light version of their very popular Minnesota Gold Lager.  Their complete line-up is available on their website www.thirdstreetbrewhouse.com.

Third Street has one of the best locations in Minnesota for when it comes to water quality.  The town of Cold Springs, MN is that it is located on natural spring that comes from an underground prehistoric glacial lake that is filtered through granite.  This makes for exceptional water quality that is perfect for brewing, seeing as water is the main ingredient of beer.

As most craft breweries and other companies, Third Street has recently started to become more environmentally conscious.  With that, their most recent change has been the change from 6pack bottles to 4pack cans.  The change from bottles to cans was an easy decision for Third Street as cans are a lot easier to recycle than bottles.  Also being a part of the Cold Springs Brewery, Third Street has access to a world class canning line.  The other benefits of cans are that they are lighter than bottles making them easier to transport, they protect the beer better than bottles, and cans are allowed to more places than bottles.

The Three Way Pale Ale gets its name from the three different types of malts used to make it, Marris Otter, Munich, and Caramel malts. It pours a copper color with a sweet malt aroma.  It has flavors of earthy hops at first and leads into sweet citrusy fruits.  Overall it is a well-balanced, full flavored Pale Ale that is very drinkable. Very well done.  ABV – 5.2%  IBUs – 51  82 points – Beer Advocate

Third Street’s Minnesota Gold is a tribute to the 10,000 lakes. It is well crafted from the great water that comes from Minnesota and is meant to be enjoyed while having fun in the lakes area and to quench your thirst on those hot Minnesota days.  True to its name, Minnesota Gold pours a gold color and has a light scent of sweet hops.  The flavor has characteristics of sweet hops but none of the bitterness.  Very drinkable and is one of the best craft lagers around.  ABV – 4.9%  IBUs – 15

A long time ago, in Cold Springs, story has it that the spring was full and plentiful of trout, but now days there are none to be found. So in dedication to those lost trout, Third Street dedicates this Brown Ale to them.  It pours a dark brown and smells of malts and nuttiness.  For a brown ale it is a little on the lighter side but has enough malt character to bring flavors of toast, caramel, and chocolate.  Overall it is drinkable brown ale that still has enough flavor for the ones who enjoy flavorful beers.  ABV – 5.5%  IBUs – 20  84 points – Beer Advocate