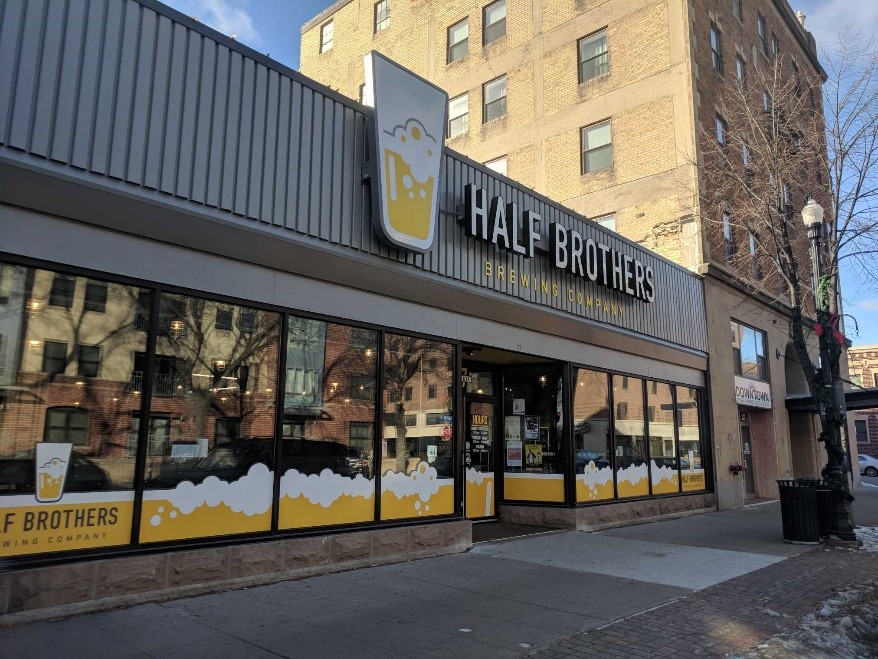 Brewery of the Month – December

Half Brothers Brewing, welcome to the family. Although this slogan alludes to the business partnership between two of the largest investors in the brewery Chad, and Taylor. There is another meaning to the word family here. The family of the Grand Cities. In an ice filled tundra such as Grand Forks and East Grand Forks, there are two things to do: watch hockey and drink beer. What better beer to drink than the kind that’s brewed in your own backyard? 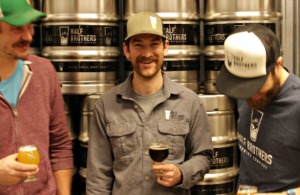 Chad Gunderson, pictured in the middle, is the head brewer and owner of Half Brothers. Chad is from the Bemidji area and anything but inexperienced. Chad came to Grand Forks to attend UND, like many Bemidji locals. Although he didn’t find the right field of study Chad did find Kathryn. Chad married and moved his family to Minnesota. Chad started his brewing career at Leach Lake Brewing. Leach Lake was originally just a job for Chad but soon became much more. Chad worked for several different breweries across the nation for several years. Eventually, Kathryn, decided she was ready to move home to East Grand Forks. Once back home Chad continued brewing beer while working towards his dream. 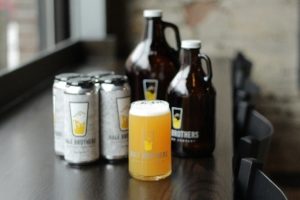 “When someone in Grand Forks says, ‘Let’s get a beer.’ I want Half Brothers to come to mind.” Says Chad. The dream is to create a craft brewery that is unique to the place it calls home, to be a staple in the community and a place where other U.N.D. alumni can think of nostalgically every time they come back for a game or reunion. Half Brothers wants to be a brewery that is community focused and doesn’t have their nose in the air about the beer they brew. This goal begins in the taproom with fun loyalty programs like punching in on a time card when you arrive, earning you free pints, or ordering a customized Half Brothers coaster to use at the bar.

Half Brothers has plans to expand as well. This winter Half Brothers will be adding four new fermentation tanks nearly doubling their brewing capacity. The brothers have started canning their beer on a small scale. Currently, you can purchase four packs or growlers only at Half Brothers tap room . Chad expresses plans to rent a portable canning line to be able to distribute their canned beer on a local scale, but this seems to be an idea for the near future. 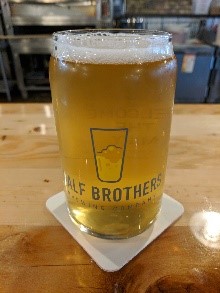 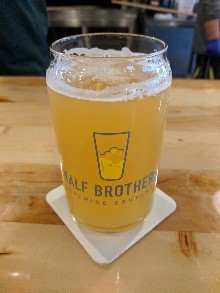 NEIPA is essentially an unfiltered IPA that’s been aggressively hopped. Appearance ranges from slightly hazy or cloudy to opaque or muddy. Dry-hopping, the use of high-protein grains ( flaked oats, wheat), certain yeast strains, water chemistry, CO2 levels, and other techniques may also contribute to the beer’s haze and mouthfeel. But the overall goal is typically a hazy, juicy IPA packed with fruity and floral flavors 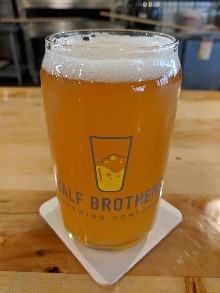 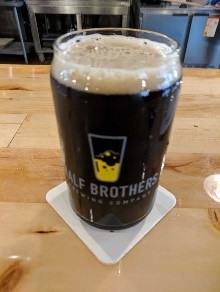 A malty beer frequently with chocolate and caramel flavors. The hop flavor and aroma complements and enhances the malt rather than clashing with it. Coffee from Bully Brew Coffee Company, our local roaster!

BE SURE TO CHECK OUT HALF BROTHERS FACEBOOK PAGE !!