Born in the Minneapolis St. Paul area, Fair State Brewing Cooperative has a similar story to other breweries for its background and how it came to be; but what was actually created is much different.  Fair State’s beginnings started with a rivalry out on the rugby pitch.  This is where founders Evan Sallee, Niko Tonks, and Matt Hauck met playing rugby against each other in college.  A friendship blossomed between the three with homebrewing being the catalyst.  The three bonded over brewing and talking about owning their own brewery someday.

It wasn’t until after college that the talk started turning into planning.  The three met up and went to a music festival together in Austin, Texas where they visited Black Star Co-op to have a beer where they realized what a different but great idea it was to have a brewery owned as a Cooperative (Co-op).  Soon after returning they started the planning process to open their own brewing Co-op in Minneapolis.

The Business Dictionary defines a Co-op as followed; “Firm owned, controlled, and operated by a group of users for their own benefit. Each member contributes equity capital, and shares in the control of the firm on the basis of one-member, one-vote principle (and not in proportion to his or her equity contribution).”  This business model operates more for the benefit of members, rather than to earn profits for investors.

With this business model in hand Evan, Niko, and Matt got to work on building the company.  They got a lot of initial help (300 members) from family, friends, neighbors, and local retail partners before opening their doors.  Finally, they opened on November 6, 2014 as the first cooperatively owned brewery in Minnesota and the third in the United States.  Since opening they’ve grown to over 1,500 members and built a 40,000 sq. ft. production facility in St. Paul.

There are no restrictions on who can be a member of the Co-op.  It is $200 for a single lifetime membership to the Co-op or $300 for a household lifetime membership.  All members have the benefits of voting for board members or becoming one, discounts on products, elect non-profits to donate to, contribute to future beer recipes, and compete in members only home brewing competitions.

As a company, Fair State Brewing Co-op donates to a local non-profit charity every month.  The non-profit organizations are chosen by members each year.  During each month 10% of CROWLER purchases from the taproom are donated.  Additionally, members receive plenty of discounts on beer and merchandise to which they can chose to donate their discount instead of receive it on the product. 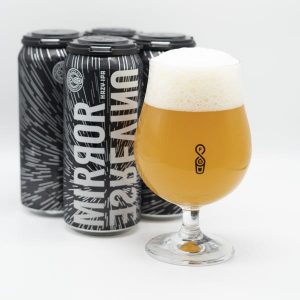 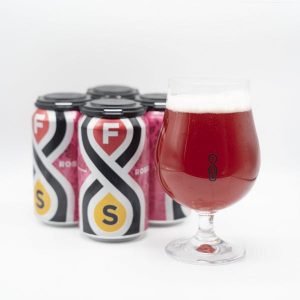 Floral and citrusy kettle sour infused with hibiscus.  It is kettle soured with our house lactobacillus strain with hibiscus added at the end of the boil.  Tasting notes include tart, floral, and fruit.  Originally the second edition in their taproom Lactobäc series, this beer was so well liked that they gave it its own name and started canning as a year-round offering.  ABV: 5.7%, IBUs: 19 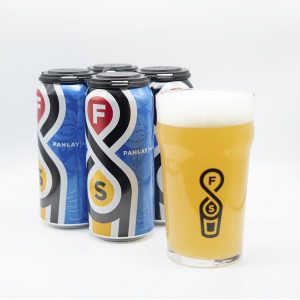 Pahlay is a tropical hazy pale ale with tasting notes of soft, juicy, and mango.  At the time Pahlay was first brewed in 2015, Citra hops, the ingredient that gives Pahlay its signature mango characteristic, was difficult to acquire in large quantities, so the production of this beer was limited. As soon as the availability of Citra changed, Fair State started canning and distributing Pahlay.  ABV: 5%, IBUs: 45