Dogfish Head, based in Milton, Delaware, made North Dakota its 46th state with distribution when it first became available in draft in late 2019. This January, package beer was made available throughout the state with its four core brands: 60 Minute IPA, 90 Minute IPA, Slightly Might and SeaQuench Ale. 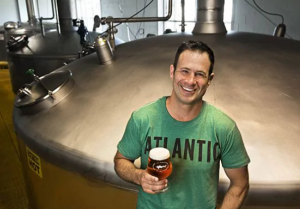 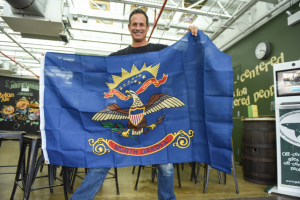 The story of Dogfish Head begins in the early 1990s when founder Sam Calagione, a Massachusetts native and English major taking classes at Columbia University in New York, discovered a thirst for good beer and decided a career in brewing sounded better than trying to become the next great American novelist.

Starting as a home brewer after leaving Columbia, Sam decided to move to Delaware where his then-girlfriend, now-wife, Mariah lived and open a brewery. With $220,000 in funding and big dreams, Sam opened Delaware’s first brewpub in June 1995 inside Dogfish Head Brewings & Eats in Rehoboth Beach. The name Dogfish Head came from the town in Maine where Sam spent his childhood summers.

Known for its unconventional brewing methods, Dogfish Head quickly became a craft beer darling, growing from brewing just 10 gallons of beer a day upon its founding to the 13th-largest craft brewery in the country in 2019. Sam’s unique approach to brewing led to the creation of Brew Masters, a weekly show that ran on Discovery Channel in 2010 and revolved around the creation and production of unique beers inspired from imaginations around the world.

First brewed in 2001, Dogfish Head’s 90 Minute Imperial IPA has been recognized as “one of the most important American Craft Beers” due to its continual hopping method of brewing. While watching a cooking show that emphasized salt should be added throughout a boil and not just at the beginning or end, Sam wondered if he could do that with hops in a beer. A trip to a thrift store resulted in an old-school vibrating football game, that when plugged in vibrated pelletized hops continuously down into the boiling beer. The result was an Imperial IPA that was incredibly hoppy, yet without an overwhelming bitterness. Two years later 60 Minute IPA made its debut and has since gone on to be the flagship of the entire Dogfish Head portfolio.

In 2019, Dogfish Head merged with the Boston Beer Company, makers of Sam Adams, Angry Orchard, Truly and Twisted Tea. Due to the complicated brewing recipes (only one Dogfish Head beer can even be brewed in a Sam Adams brewery), Dogfish Head will continue to only be brewed in its Delaware breweries as it has since 1995. 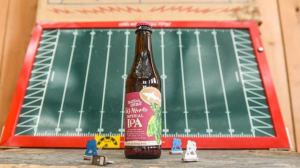 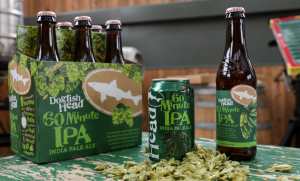 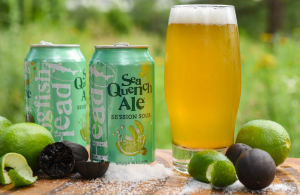 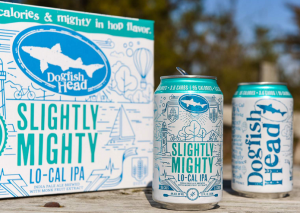 FOR MORE INFO, BE SURE TO VISIT: dogfish.com