The history of Breckenridge Brewing Co. started back in the 1980s with Richard Squire, the founder.  He was living his life as a ski bum shredding the slopes and loving life.  In his spare time, he picked up the hobby of home brewing, where he honed and perfected his recipes.  During the 80s, it was only his close friends that were lucky enough to enjoy Richard’s homebrews.

Eventually Richard spent more time home brewing than skiing since his friends enjoyed his beers so much.  So much that they convinced him to turn his hobby into a career and start a brewery.  So, in 1990, Breckenridge Brewery first opened its doors to the public in the town of Breckenridge, Colorado, right on the famous Main Street.

Right from the beginning, Breckenridge Brewery became a popular spot for locals and tourists to take a break from skiing or snowboarding, bask in the amazing view, and enjoy delicious beers while conversing with each other.  Not only did they serve beer, but also had a great food menu to give it a brewpub vibe with great tasting food.

Not too long after being founded, Breckenridge Brewery became popular outside of Breckenridge, Colorado and couldn’t keep up with the demand for their beer.  Also, at this time, Todd Ursy entered the picture as an apprentice brewer for the company, he is currently the President of Breckenridge Brewery.  Todd and the team ended up finding a location in Denver to open a second brewpub with extra space for a bigger warehouse to help keep up with the demand for their beer, which opened in 1992.  And with a little luck on their side the Colorado Rockies built their stadium right across the street from this brewpub in 1995.

After a few years with the two locations, the demand for their beer kept climbing and they again found themselves unable to supply it.  This time they built a production brewery on 471 Kalamath Street which opened in 1996.  This brewery was able to supply their needs for the next 19 years until they reached their limit of 60,000 barrels of beer per year, prompting them to build a new brewery.

So, in 2015, Breckenridge Brewery shut down their brewery in Kalamath Street and moved into their brand new beautiful brewery and Farmhouse Restaurant in Littleton, Colorado, 9 miles south of Denver.  With this new brewery they were able to up their yearly production to 125,000 barrels a year with the possibility of 300,000 after expansions. 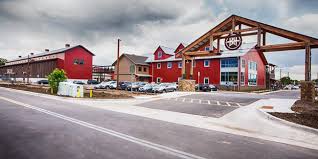 Also in 2015, Breckenridge Brewery was bought out by The High End which is a collection of craft breweries owned by Anheuser-Busch.  Even though they were bought out by Anheuser, not much changed with the day to day operations at the brewery.  Todd Ursy remained the president of Breckenridge Brewery and they still have the freedom to do brew whatever they want.  But with the help of Anheuser, they are now able to expand their distribution to 35 states. 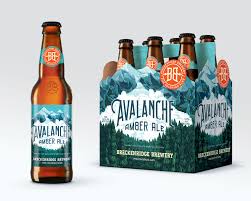 Avalanche is a classic American amber ale blends pale, chocolate, and caramel malts to create a well-rounded, flavorful beer. Caramel malts lend whispers of toffee and an enjoyable sweetness, while a touch of bittering hops gives this beer its clean finish. Crafted for balance, Avalanche is a versatile and satisfying anytime beer. ABV: 5.0%, IBUs: 19 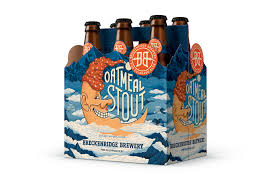 Breckenridge Oatmeal Stout is a balanced easy drinking. Deeply roasted malts lend hints of coffee and dark chocolate. There’s a softness that comes from the oatmeal, which when combined with the malts, adds a touch of sweetness at the onset. This transitions to an unexpected dry finish. ABV: 5.0%, IBUs: 36. 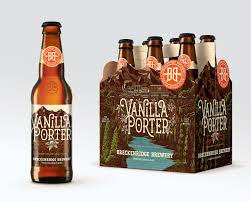 Vanilla Porter is made from real Vanilla Beans from Madagascar and combined with Caramel and Munich malts to create a beer that’s balanced and flavorful. Aromas of vanilla and toasted grain set the stage for mellow flavors of vanilla and dark roasted malts. Don’t let its deep mahogany color fool you. Vanilla Porter is dark in color and packed with flavor, yet it is as smooth as they come and easy to enjoy at any time of the year. ABV: 5.4%, IBUs: 16.

To learn more about Breckenridge Brewery and see their full line-up, visit: www.breckbrew.com