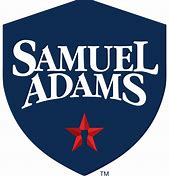 Samuel Adams beer is the biggest craft beer brand out on the market today and was part of, if not, the reason for the birth of the craft beer movement in America.  The Samuel Adams brand is a part of the Boston Beer Company, which makes other brands of beer and cider, but both were created at the same time by Jim Koch in 1984.

Jim Koch’s family had a history of brewing beer for six generations, but he looked to break that streak when he went to college and became a business consultant.  Although he was successful at his job the brewer in him found it’s way to the surface when Jim found an old, pre-prohibition beer recipe that belonged to his great-great-grandfather Louis Koch.  Jim took the recipe and home brewed a batch in his kitchen and history was made.  He loved the flavor and complexity the beer had; far better than any of the choices available at that time.

At this time Jim decided there was a market in the beer world for one with more flavor, so he used his business background to come up with a business plan.  After careful planning and gathering investors in this endeavor, Jim founded the Boston Beer Company in 1984.  With careful planning Jim contract brewed his beer at the Pittsburg Brewing Company and released Samuel Adams Boston Lager over Patriots Day weekend at over 20 bars in Boston.

Six weeks later, Boston Lager was named the best beer in America at the Great American Beer Festival and from there sales started to soar. With sales increasing Jim had to set up more contracts to brew his beer with other nearby brewing companies.  Eventually the Boston Beer Company purchased a small research and development brewery in Jamaica Plain (near Boston), Massachusetts.  This brewery has evolved into the face of Samuel Adams where they hold tours but is used mainly as a test sight for new beers.

It wasn’t till 1997 that Jim finally bought a production brewery for the Boston Beer Company in his home town of Cincinnati, Ohio.  From there, Boston Beer Company grew at an exponential rate.  In 1988 they brewed 36,000 barrels of beer which has grown to over 2 million barrels in 2014.  Boston Beer Company distributes to all 50 states and over 20 other countries around the world. 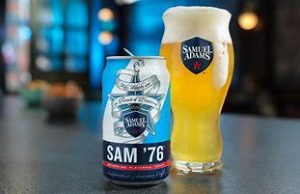 Sam ’76 is Samuel Adams newest beer that they say, “Is a revolutionary new beer that is an unmatched combination of refreshment, craft flavor, and aroma.” They did extensive experimenting to blend a lager and a pale ale together.  It results into a beer that pours a light gold color and has aromas of citrus hops and tropical fruits.  On the palate it starts off like a crisp lager with notes of cracker and caramel but then you start to notice the citrus hops and grapefruit.  It’s a very crisp, clean, easy drinking beer that has a refreshing taste. ABV: 4.7%, IBUs: 12 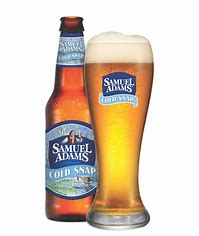 Cold Snap is Sam Adams late winter/early spring seasonal beer. It is a White ale brewed with spring spices.  It pours a pale orange color and on the nose, you get orange, spices, and wheat.  Being that it is a white ale it is on the lighter side, but the orange, citrus, and spices really round out the flavor of the beer.  It’s a very easy drinking beer with flavors that remind you that spring is just around the corner.  ABV: 5.3%, IBUs: 10. 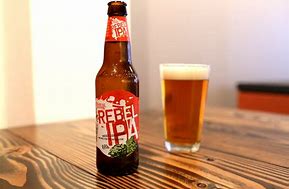 Sam Adams Rebel IPA pours a clear golden color and carries aromas of grapefruit and orange peel. On the palate you get pine, resin, citrus, orange, and grapefruit.  The hops and malt are very well balanced and isn’t as bitter as some of the other IPAs out on the market.  A very refreshing IPA.  If you are looking to try IPAs or you like a lighter style IPA this is the perfect beer to give a try.  ABV: 6.5%,  IBUs: 45