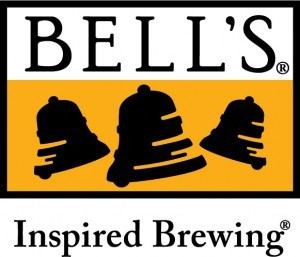 BREWERY OF THE MONTH

Opened in 1985, Bell’s Brewing Company has been a staple in the craft beer world for decades, not only in Michigan but across the entire US with no end in sight. The longest running craft brewery east of the Mississippi, they also have the distinction of being Michigan’s first brewery to open an on-site pub in 1993 called the Eccentric Pub. With its proximity to the original brewery, the Eccentric Pub carries a wide variety of experimental beers for pub goers to wet their whistles and enjoy everything the creative brew masters at Bell’s have to offer. The pub consistently carries over 20 different types of beers and many are only available on-site. Since Opening in 1993, the Eccentric Pub has seen several remodels including adding a fully functional restaurant in a space that formally was used to brew and package beer. If your ever in the Kalamazoo area, the Eccentric Pub is a must stop tourist attraction for beer lovers and casual drinkers alike.

In 2002, Bell’s Brewing moved its operation into a larger space in near-by Comstock, MI and continued to experiment and push the limits of what good beer could be. In 2007, Bell’s added a cellar addition and started their barrel aging program (only available in select markets). With a major renovation and expansion in 2012, the brewery added a 500,000-barrel capacity system and has since seen distribution expand into most of the lower 48 states.

In 2014, The brewery added a hop yard as big as a football field with an 85-ton geothermal heating system to help heat not only the hop yard but also help heat the brewery itself. Bells continues to be at the forefront of sustainability and innovation not only in brewing but with its environmentally conscious practices. The newest feature of the brewery is its “Cube” which is an onsite wastewater treatment plant that extracts proteins, sugars and any left-over alcohol from the brewing process and transforms that into renewable energy. The remaining water then goes to the cities water treatment facility. For those who believe brewing beer and being environmentally minded should go hand and hand all you must do is look at Bell’s Brewing and you will see a brewery doing it the right way.

No matter the type of beer you select from Bell’s, you know that the history and quality of the beer will be hard to match. With so many beers in its portfolio we couldn’t cover all their offerings, but we chose to pick some of their classics. 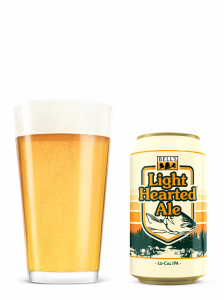 Enjoy all the benefits of a light beer, with the flavor and quality you would expect from Bell’s Light Hearted is aromatic, balanced, and incredibly easy-drinking. Centennial and Galaxy hops result in citrus and pine aromas, while a variety of specialty malts help give Light Hearted its body and Flavor. Only 110 calories, yet all the Heart.  ABV 3.7%,  IBU 36 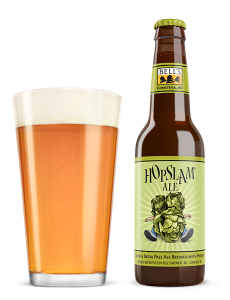 Starting with six different hop varietals added to the brew kettle and culminating with a massive dry-hop addition of Simcoe hops, Bell’s Hopslam Ale possesses the most complex hopping schedule in the Bell’s repertoire. Selected specially because of their aromatic qualities, these Pacific Northwest varieties contribute a pungent blend of grapefruit, stone fruit and floral notes. A generous malt bill and a solid dollop of honey provide just enough body to keep the balance in check, resulting in a remarkably drinkable rendition of the Double India Pale Ale style.  ABV 10.0%, IBU 65 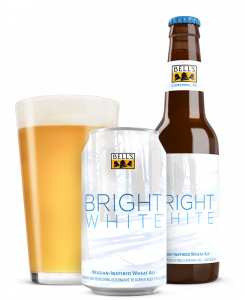 A bright alternative to darker beer styles during cooler months, Bright White is a stylish and refreshing wheat ale. Fermented with a Belgian ale yeast, this blend of barley and wheat malts yields a mixture of clove and fruity aromas, all without the use of any spices.  ABV 5.0%, IBU 20 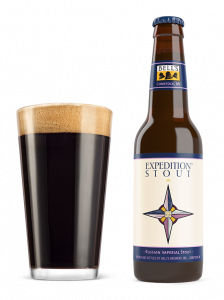 One of the earliest examples of Russian Imperial Stouts in the United States, Expedition Stout offers immensely complex flavors crafted specifically with aging in mind. A huge malt body is matched with a heady blend of chocolate, dark fruit and other aromas. The flavors will slowly meld and grow in depth as the beer ages in your cellar.  ABV 10.5%, IBU 77 (Fades over time)