Alaska has a rich history of brewing. From the explorers of the 1700s through the Gold Rush, many a thirsty Alaskan has been able to enjoy locally made beers.

In 1986, 28-year-olds Marcy and Geoff Larson reignited that tradition when they opened the Alaskan Brewing Company, the 67th independent brewery in the country and the first brewery in Juneau since Prohibition. Alaskan beers reflect many of the same characteristics of beers that were brewed here during the gold rush era. From the historically based Alaskan Amber recipe to alder-smoked malts and Sitka spruce tips, Alaskan beers reflect Juneau’s local brewing history and innovation.

Marcy and Geoff were drawn to the beauty and adventure of Alaska, but finding a livelihood that would allow them to stay was a challenge. “Why not start a brewery?” a friend suggested. Other than the extreme financial and logistical challenges of brewing beer in the Last Frontier, they couldn’t think of why not. Maybe the idea wasn’t so far-fetched. After all, Geoff was a chemical engineer and a homebrewer and was married to Marcy, an adventure-seeking accountant and aspiring bush pilot. Together they brought a unique skill set to the task of opening a brewery in Alaska. 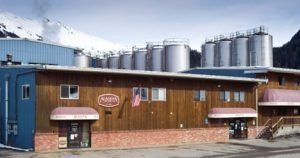 While researching brewing in Alaska, Marcy unearthed shipping records from Douglas City Brewing Co. (1899-1907) that listed ingredients for its popular beers and a newspaper article that described the way it was brewed. Geoff homebrewed a batch of the Gold Rush-era brew and they could see what made it so popular. That beer is now known as Alaskan Amber. 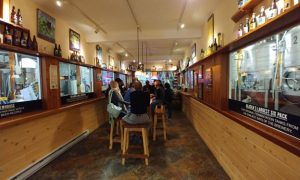 In December 1986, Alaskan Brewing Co. officially began operations when Geoff, Marcy and 10 volunteers spent 12 hours hand packaging the first 253 cases of Alaskan Amber for distribution in Juneau, Alaska. From that very humble beginning, Alaskan Brewing Co. has grown to become one of the most award-winning craft breweries in the history of the Great American Beer Festival and expanded distribution to 25 states. 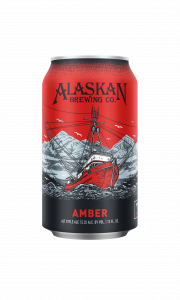 The name of this beer style comes from the German word “alt” meaning “old”. This refers to the aging that alts undergo since they ferment more slowly and at colder temperatures than most ales. Slow fermentation helps condition the flavors in Alaskan Amber, contributing to its overall balance and smoothness. Rich malt and long on the palate, with just enough hop backing to make this beautiful amber colored “alt” style beer notably well balanced. ABV 5.3%,  IBU 18 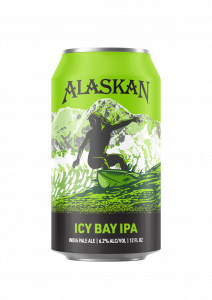 India Pale Ales are characterized by intense hop flavor and aroma accompanied with medium maltiness and body while also being crisp and dry.  Alaskan Icy Bay IPA is made from glacier-fed water and a blend of Cascade, Bravo, Calypso, Summit and Apollo hops and premium two-row pale and specialty malts. Alaskan Icy Bay IPA comes from the heritage of a beer brewed to endure the long ocean journey from England to India, with a bold taste, brisk bitter bite, and a citrus hoppy aroma. For the surfers who venture into the cold waters of Icy Bay, it’s a beer to match the intensity of a remote ride on a wave breaking on a solitary Alaskan Beach.  ABV 6.2%, IBU 65 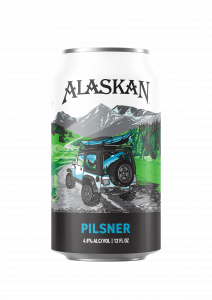 It’s been said that Pilsners represent the high art of brewing. Named for the region of the Czech Republic known as Pilsen, this style of beer is considered both challenging to brew by brewmasters across the world and an easy to drink beer that delights beer drinkers everywhere.  The Alaskan Pilsner, golden straw in color with a fluffy white head, is extremely clean and crisp-highlighting a slight malty sweetness that finishes with a moderate bitterness that won’t linger longer than the ‘aaah’ that will escape your lips. That subtle sweetness and balance ensures each sip is better than the previous, making it easy to go back for more.  ABV 4.8%,  IBU 30 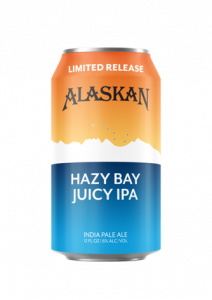