Cidery of the Month

2 Towns Ciderhouse was founded on the belief that the long history of cidermaking demands respect and deserves to be done right. Starting with the highest quality, whole ingredients from local farms, they take no shortcuts in crafting our ciders. Over the years 2 Towns has retained these core values to branch out into different segments within the alcohol beverage space to become a premium total beverage company. Their goal is to create the best craft beverages on the market and continue to develop and evolve the beverage space in innovative new ways.

Crafted in Oregon and established in 2010, 2 Towns Ciderhouse is a independently owned and operated cidery. Made from 100% fresh-pressed Northwest apples, sourced exclusively from local Oregon & Washington farms, as well as other whole, locally harvested agricultural ingredients. Their cider is always slow fermented at cold temperatures. This time intensive process retains the natural character and delicate aromatics of the apples, eliminating the need for additives, which plainly fall short of expectations. 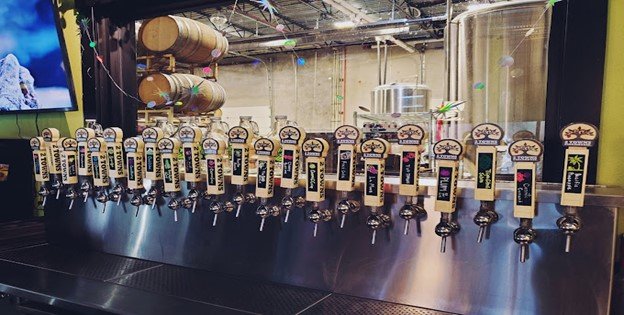 In 2010 long-time childhood friends Lee Larsen and Aaron Sarnoff-Wood met over pints of craft beer on a rainy Pacific Northwest night. Inspired by their travels through Europe and by Lee’s time living in Spain, the friends decided to utilize their access to Pacific Northwest apples and launch a cidery. 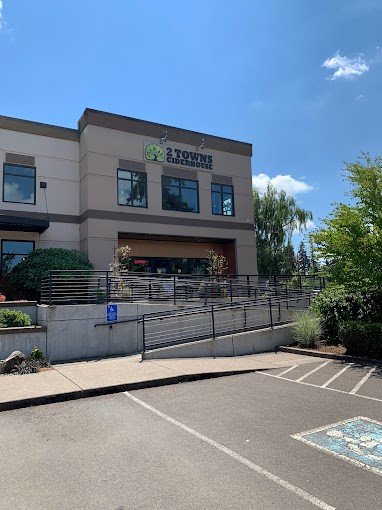 With Aaron residing in Eugene (after attending the University of Oregon), and Lee living in Corvallis (after attending Oregon State University), they regularly traded off which town they would meet in to discuss plans for the business. The pair noted the impact these two towns of Corvallis and Eugene had left on them, and the appreciation they had for their local communities, eventually deciding to honor them with the name 2 Towns Ciderhouse–a cider company committed to true craft cider and rooted in the Pacific Northwest’s bountiful fruit.

The two started making test batches of cider in their basement; which they debuted at Lee’s wedding to a wild reception later that year. Their plans officially took shape when they rented a former three-car taxi garage outside of Corvallis, moved in a couple of wine tanks, built a walk-in cooler, and started their first batch of cider.

2 Towns Ciderhouse now operates out of three locations, including a production space dedicated to the barrel aging program, attached to the Tap Room on HWY 34, and two separate production spaces in South Corvallis including our HQ offices. We currently serve a total of 15 states across the country and other select markets. With over 100 employees it is Oregon’s largest craft cider producer and was voted one of Oregon Business Journals Best places to work, multiple years in a row.

In closing, we think you will enjoy what 2 Towns has to offer and it might surprise you how deliciously sweet life can be with a cider in your hand. Cheers! 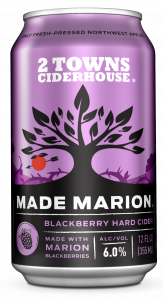 Marion blackberries, or marionberries are a cultivated variety of blackberry originally developed right in our backyard by the USDA at Oregon State University in Corvallis. A cross between the ‘Chehalem’ and ‘Olallie’ blackberries, both of which have Loganberry parentage, these cane fruits have been called “the berry by which all others are measured.”  Marion blackberries have a wonderful, deep, ripe and juicy flavor profile and exceptionally high acid content compared to other blackberry varieties.  2 Towns uses 100% Oregon grown Marionberries that are grown just down the road from the ciderhouse. These berries are pureed to release as much juice as possible, then added directly to the tank during fermentation. The result is a jammy-hued cider, that is fruit forward and berry tart. Oodalalee!  ABV 6.0% 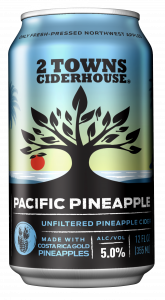 Ripe Costa Rica Gold pineapples drop in on a fresh-pressed wave of Northwest apples in Pacific Pineapple, a tropical cider made possible by the diverse climate of the vast Pacific. Temperate conditions of the Pacific Northwest nurture apple orchards, whereas proximity to the equator further south creates the consistently warm temperature required to grow pineapples. Connected to apples only by name, pineapples have a radical history traveling the world after being discovered by Western explorers, who named them for their resemblance to the pine cone. Popular wherever it landed, the pineapple was regarded as an exotic delicacy, even becoming a symbol of hospitality, as only the most generous of hosts presented their guests with a pineapple. So #BeMorePacific and show your friends the hospitality of a Pacific Pineapple!  ABV 5.0% 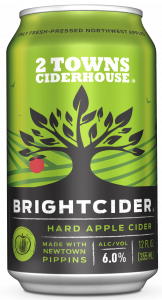 BrightCider is made with a blend of Newtown Pippin heirloom apples and other Northwest varieties.  The Newtown Pippin was the apple which defined the palate of new world ciders. Colonists found this apple so remarkable that Thomas Jefferson himself wrote from France during his travels “They have no apples here to compare with our Newtown Pippin.  The BrightCider is fermented cold to slow the fermentation process, retaining the aromatics of this heirloom fruit. The result is our tribute to American heritage cider with a modern Northwest twist.  ABV 6.0% 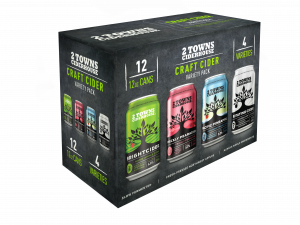 Southwest meets northwest in Prickly Pearadise—a cider as vibrant and thirst quenching as a desert oasis. Fresh-pressed prickly pear cactus fruit has a radiant pink hue and a rich, earthy, melon-like profile. Combined with a medley of fresh-pressed northwest apples, the resulting cider is a delicious celebration of northwest bounty and southwest desert vibes. It just goes to show that a little paradise can be found even in the prickliest of places.  ABV 5.3%