June 17th marks the return of Under Brew Skies Beer Festival at beautiful Island Park in downtown Fargo. This will be the second annual event hosted by and benefiting the North Dakota Brewers Guild. It will be held from 2:00 – 6:00 pm at Island Park, located at 598 1st Avenue South in Fargo. Under Brew Skies Beer Festival is a celebration of North Dakota and bordering state brewers. 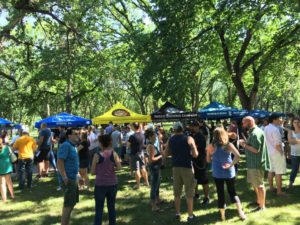 All of your favorite local breweries will be there, including staples like Fargo Brewing, Drekker, Junkyard as well as new comers Flatland, Kilstone, Drumconrath and Prairie Brothers. Grand Forks favorite Rhombus Guys will be there, as well as Bismarck/Mandan’s Laughing Sun and Buffalo Commons, and many more. 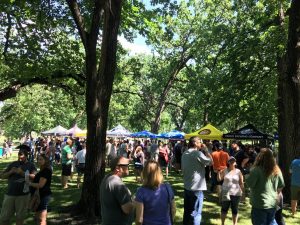 There will be live music and food vendors as well as plenty of beer to sample! By supporting Under Brew Skies you’re not only in for a great time but you’re also supporting local, independent beer in North Dakota. On a sun soaked June afternoon, there is no better place to sip more than 100 independent craft beers with friends in Downtown Fargo’s backyard! 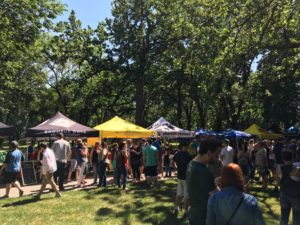 All proceeds benefit the North Dakota Brewers Guild, a non-profit organization of brewers and partners devoted to creating a healthy environment for the growth and quality of the craft beer industry in North Dakota.