Brewery of the Month – September 2019

Lupulin Brewing Company is based out of Big Lake, MN and has been around since April 3, 2015 when it was founded by Jeff Zierdt and Matt Schiller.  Since opening, Lupulin has quickly been gaining notoriety and demand for their beers.  Lupulin also was on the Brewer’s Association list of 50 Fastest Growing Breweries in 2018.  This success came from the well thought out planning and great recipes that Jeff and Matt came up with.

Both Jeff and Matt started with homebrewing which sparked their dream of starting a brewery.  Matt was introduced to craft beer in the early 2000s and started homebrewing in 2009.  While Jeff got interested in craft beers in the 90s, but he didn’t get into homebrewing until about the same time as Matt.  The two met at a homebrewers club soon after starting homebrewing in 2010 and began brewing together.

After a year of brewing together the thought of turning their hobby of brewing beer in the garage into a full-blown career started to spark.  But obviously it takes time to start a business, especially a brewery, so it took a few years to open for business in 2015.  When they did finally open, they brought on Jeff’s son Aaron Zierdt as their head brewer who apprenticed at a brewery in Stockholm, Sweden.  Lupulin is actually a bit of a family employed business with Jeff’s daughter, Matt’s son, and Matt’s stepdaughter working for the brewery.

With the early success of the brewery, Lupulin hit their max production of 3,500 barrels per year on their 10-barrel system within 3 years of opening.  That brought about the need for expansion which they did in 2018 with the purchase of a 22,500 square foot warehouse adjacent to their taproom.  They installed a brand new 30-barrel system which brought their yearly production max up to 30,000 barrels that they hope to hit in 3 to 5 years.

In 2019 Lupulin purchased Hydra Beer Company out of Sioux Falls, SD so they could open a second brewpub in the location.  They picked Sioux Falls since they have friends and family in the area that already brings them around so they see the area as a home away from home. 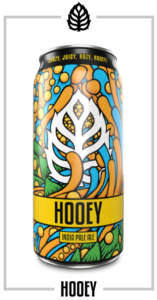 This Hazy IPA is hopped with a ridiculous amount of the juiciest hops available. In order to bring you the most hop flavor possible, Lupulin intentionally leaves yeast and hop oils in the beer by not filtering them out. Some say that’s a lot of Hooey! Crazy, Juicy, Hazy, Hooey!   ABV: 6.2%, IBUs: 60 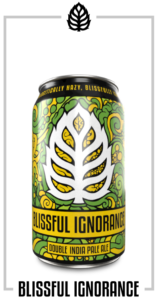 Inspired by the wonderful hoppy beers coming out of the Northeast. This Double IPA is loaded with waves of some of the juiciest hops available. Citra, Mosaic, Columbus blend together to make this hop juice. Intentionally left hazy with yeast in suspension to create a soft mouthfeel and enhance the flavor of this wonderfully hoppy beer.  ABV: 9%, IBUs: 70 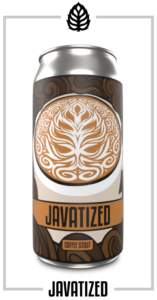 Lupulin Javatized this stout with freshly roasted coffee from their friends at Paradise Coffee Roasters. With flavors of fresh coffee, dark cocoa, and a balanced sweetness, it’s perfect for any time of day.  ABV: 6%, IBUs: 20

For more info on Lupulin Brewing and to see their full line-up, visit: lupulinbrewing.com/