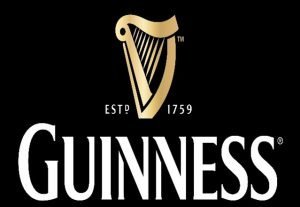 Guinness was founded when Arthur Guinness bought a small brewery in Dublin in 1759. At first the brewery produced a variety of ales and beers, but in 1799 it was decided to concentrate exclusively on porter, a dark beer with a rich head. The beer, later known as stout, prospered and came to be regarded as the national beer of Ireland. Guinness died in 1803, and his son Arthur took over the family business and greatly expanded sales to Great Britain. By 1833 Guinness was the largest brewery in Ireland. 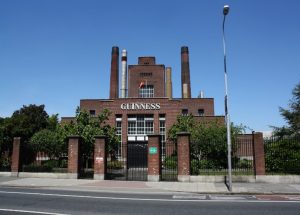 In 1855 Arthur’s son Benjamin Lee Guinness took over the company upon his father’s death. The beer had long had a strong following in the British Isles, and Benjamin spread its fame overseas. Guinness’s stout gained a reputation for its nutritional and invigorating properties, and by 1883 the company was the world’s largest brewery. A brewery opened at Park Royal in London in 1936 was soon outproducing the Dublin site. In the 1950s the company began producing Harp lager to fill demand for lighter brews. 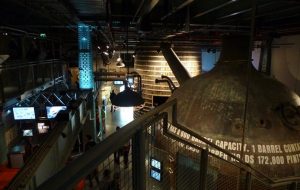 Further product developments took place including the launch of Draught GUINNESS in 1959. For the first time GUINNESS was dispensed under pressure using a mixed gas dispensing system in bars, producing a pint with the distinctive creamy head. Throughout this period a major overhaul of brewing machinery took place, and new brewing equipment was installed at the Brewery. This involved the replacement of wooden and iron vessels with aluminum and stainless-steel vessels – known as ‘sterile plant’. A sterile plant ensured better quality control and a more consistent product.

In 1962 Rupert’s grandson Benjamin Guinness became Chairman. He was the last member of the Guinness family to hold this position, which he held until 1986. The brewery at Park Royal in London proved successful and further overseas breweries for GUINNESS were built in Nigeria (1962), Malaysia (1965), Cameroun (1970), and Ghana (1971). New licenses were also issued to brewers in other countries so that GUINNESS could be brewed locally. By the end of the 20th century, GUINNESS was being brewed in 49 countries, and sold in over 150.

A new research and development facility was built in 1964 and more innovations were achieved. GUINNESS Draught in Can was launched in 1988 thanks to the innovative ‘widget’ – a groundbreaking invention in beer packaging technology. The widget brought GUINNESS Draught into the home for the first time.

Brewhouse 4, a state-of-the-art brewery at St. James Gate, Dublin, officially opened in 2014. The new brewhouse is one of the most technologically advanced and environmentally sustainable in the world and is also the largest stout brewery in the world. The Brewery consumes over 100,000 tons of Irish barley a year and continues to be a major contributor to the Irish economy. GUINNESS Stout today is sold in over 150 countries around the world and 10 million glasses are enjoyed daily around the world.

So, every time you tip you glass of Guinness back and enjoy their wonderfully constructed stouts remember that two plus centuries of experience have gone into producing every pint! Cheers! 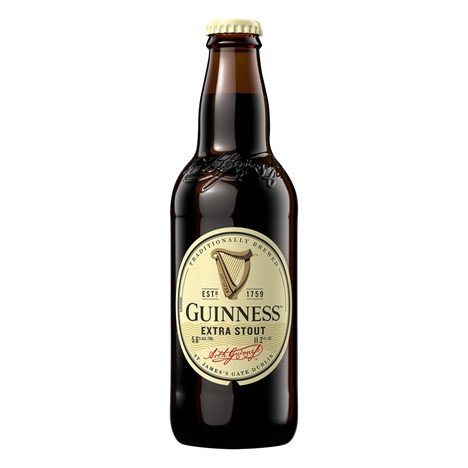 Light, floral and alive with citrus.  This beer is perfectly balanced with a lingering malt and biscuity finish.  ABV 5%

FOR MORE INFO ON GUINNESS AND ALL THEIR BREWS, VISIT:  guinness.com/en-us/