If you haven’t visited Fargo Brewery Company lately its time for a visit!  Last year Fargo Brewing decided to take another shot at a major makeover of its north-side brewery and taproom. Construction started, July 20, 2020 and should wrap up early this year. 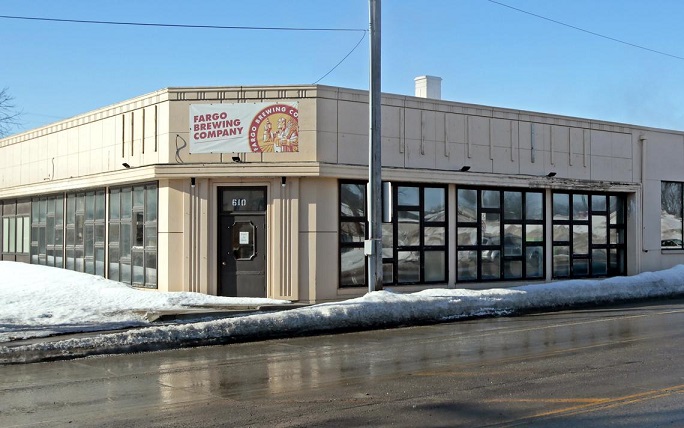 The parking lot was rebuilt to include a stage and events area, along with a south-side patio.  Interior work at 610 University, included building a new taproom, a concert/events space with its own bar, a “food truck,” coffee shop, and another 2,000 square feet that has been set aside for like-minded businesses to help draw people in. The Hall will host concerts, and other music, food and community events. It could also be rented for private events such as weddings.  Owner Aaron Hill said, “The goal, we’ve always said, is to keep the history and integrity of the building itself. It was built in 1941 and it’s been a lot of things over the years. We want to make sure we don’t lose that. We don’t want to cover it up. We don’t want people to forget about what it was and has been. We still want to let people know they are in a brewery,”. “I think it’s going to be pretty cool. It should be kind of a fun concept.”. All these features should help enhance the experience of visiting one of our local breweries with a tradition of entertaining and giving back to the community.

Started in 2010, Fargo brewing Company has been producing high quality craft beer for a decade now.  FBC is ND’s longest operating and largest producing brewery. With its humble beginnings, Fargo Brewing has expanded its distribution to MN, SD, and parts of western Wisconsin.

Truly one of my favorite local options, Fargo Brewing has continued its tradition of producing excellent quality beers like Stones Throw Scottish Ale as well as getting creative with their Kenny’s Lemonade (my personal Summer favorite) and branching out with some trendy IPAs like their Beach Break Tropical IPA and Mango Iron Horse IPA as well as their deconstruction SMASH (Single Malt and Single Hop) Super Mario Bros Level 4. With all of these options Fargo Brewing has got a style of beer to fit anyone’s tastes. 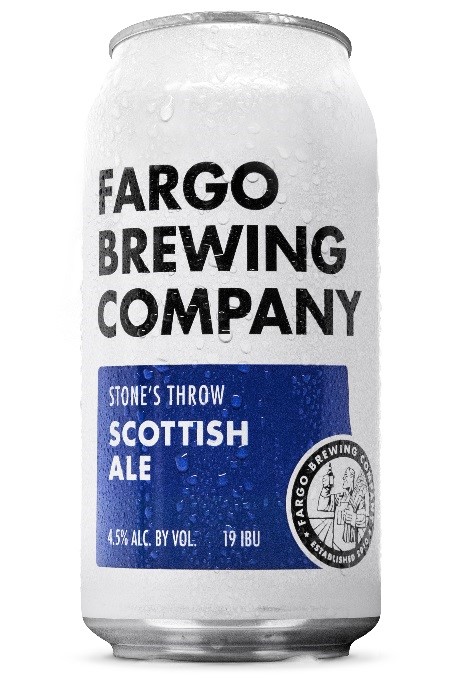 Stone’s Throw is dark, complex, and smooth. It is very approachable for those new to craft beer, while complex enough to satisfy serious veterans. The aroma hints of toasted breadcrumbs, caramel, and dried fruits. The flavor is dominated by caramel toffee, toasty malt, hints of cocoa, and a slight residual honey sweetness. Cheers, skip!  ABV 4.5%,  IBU 19 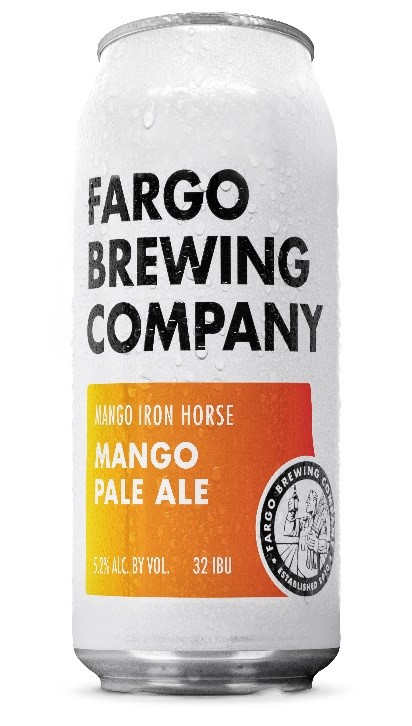 Can you say Mango? Our favorite American Pale Ale juiced up with some fresh mango! The aroma is thick with mango, tropical fruit and grapefruit, while the flavor is a huge rush of hop character; combining citrus, floral, and resin notes with smooth balanced bittering. Mango Iron Horse is a great, sessionable, tropical fruit pale ale that can be enjoyed all day long.  ABV 5.2%,  IBU 32 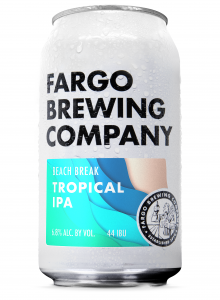 The Sabro hops bring a complexity of fruity and citrus flavors including a distinct coconut, tangerine and tropical fruit flavors. Combined with a smaller amount of Cashmere, which evokes coconut, melon, tangerine and other tropical notes. Half of the grist is made up of wheat, which provides a fuller body and mouthfeel and results in a hazy appearance.  The result is a super tropical, fruity beer.  ABV 6.8%, IBU 44 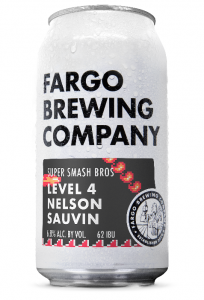 Single Malt And Single Hop (SMASH). Golden Promise malt and Nelson Sauvin hops are driving this flavor bus. Nelson Sauvin has a wide-ranging profile of flavor and aroma including tropical fruits like lychee and mango as well as gooseberries and a slightly spicy flavor. Here’s to Level 4!  ABV 6.8%,  IBU 62