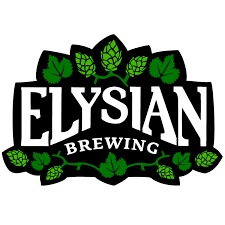 Elysian Brewing Company’s initial 220 seat beer hall and brewery is nestled in Capitol Hill, Seattle and is still open to this day.  The company was formed in 1996 by 3 guys, Dick Cantwell, David Buhler, and Joe Biacca, who all shared the same aspiration of owning a brewery.  All three, each bringing something to the table in terms of running a brewery.

Joe started his career in banking but always had home brewing as a hobby.  Eventually when he moved to Seattle, while he was still working as a banker, he immersed himself more and more into the brewing culture and people that Seattle had to offer.  This is where he and Dick met and started talking about starting a brewery.

Dick moved to Seattle with his wife after she received a job there.  As soon as he got to Seattle, Dick knew all he wanted to do was brew beer.  Even if that meant being the brew master for a small new cafe at the time called Duwamps Café, where he also was a server to make ends meet.  Eventually, he found a position at Pike Place Brewing, where his brewing career really kicked off.

Joe and Dick spent plenty of time together talking beer and game planning a brewery of their own, but they were missing one thing.  Neither of them new anything about marketing, to the point where they knew they would fall short without it.  That is till Dick met David at a conference and they got to talking.  David had spent most of his career in the liquor business as a former spirits wholesaler and brand ambassador for a couple of beer companies.  Dick introduced David to Joe and the three hit it off.

Once all together they had all the pieces they needed to get their brewery started.  Joe, being the banker was the numbers guy, Dick was the best brewer, so he became the brew master, and David handled the marketing aspects.  From there they opened their brewery, Elysian Brewing Company, named after the Elysian Fields of Greek Mythology.

Business started off steady and kept growing through the years while Elysian, along with a handful of other breweries, helped sculpt the craft beer scene in Seattle and the North West.  During that time, they opened 3 more brewpubs throughout Seattle and in 2011 they built a production brewery in Georgetown, Seattle to keep up with demand.

Through the time Joe, Dick, and David all found other hobbies and callings that started pulling them from the brewery more and more.  To the point that they started pondering the thought of selling.  Which is what they did in 2015 when they were purchased by Anheuser-Busch.  This purchase allowed for Elysian to join A-B’s high-end craft division which opens the doors to many more resources and distribution channels.

Joe and David stayed on with the company after the sale and stayed in their roles within the company.  While Dick, being the only one who didn’t want to sell to A-B, left the company a couple weeks after the sale to pursue other brewing opportunities.  Nowadays, with the help of A-B’s distribution channels, Elysian beer can be found across most of the U.S. and in some foreign markets. 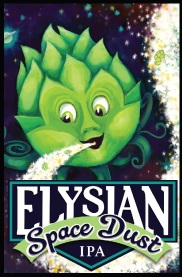 The Elysian Space Dust IPA is a bright orange beer, slightly hazy, with a three finger, thick, white head. Powerful aromas of ripe, red grapefruit (with a little white sugar sprinkled on top). Tropical aromas of pineapple and overripe banana peek past the grapefruit and tickle the senses.  ABV: 8.2%, IBUs: 73 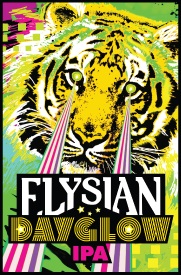 A touch of wheat hazes the malt bill, softening this bright and crisp IPA.  Dayglow is packed with juicy hops featuring Pineapple and tropical fruit flavors and aromas.  ABV: 7.4%, IBUs: 65

To see all of Elysian’s Brews and for more info, visit: elysianbrewing.com