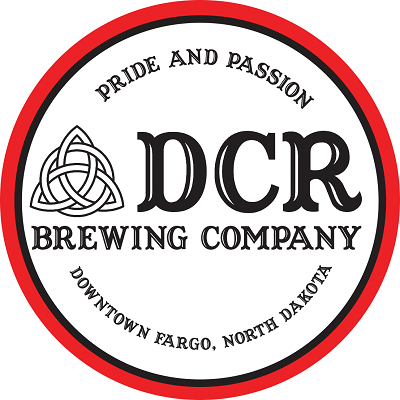 Drumconrath Brewing was born on Christmas Eve 2006, when the founder, Sam Corr, received a Mr. Beer kit from his mother for Christmas. Little did anyone in the family know that a simple kit would lead to the founding of a brewery and a quest for quality, traditional beers and pushing the boundaries of novelty in the Fargo/Moorhead area.

Sam continued brewing tirelessly for several years, working to perfect his craft. Leaning heavily on his background in manufacturing engineering, he recorded what worked and what did not. Slowly piecing together a small brewery that would be considered “sophisticated” by homebrew standards.  He gradually refined his beers, focusing on traditional Irish Beers.

When the laws in North Dakota were changed to allow breweries to open in 2012, Sam began working on a plan to open a brewery. Only one name would do: Drumconrath. Named for the small village in North Country Meath, Ireland, home of his ancestors. Sam Grew up listening to his grandfather’s stories of the small village and the myths and lore that surrounded it and the region. From Dragons and fairies to hidden treasure, it was clear that this had to be the name of the brewery.

Officially founding the brewery in 2015 and signing a lease for the original location in Mapleton, ND in 2016, Sam began the work of opening his brewery. The doors finally opened March 30th, 2017 and Drumconrath Brewing has since pressed forward by brewing traditional ales and lagers.  Sam has also focused on innovations with style fusions and creative, novel offerings.  Drumconrath Brewing moved to their current location in downtown Fargo, ND, in mid 2019 and has continued to grow and innovate. Drumconrath is now distributed across North Dakota and Minnesota. 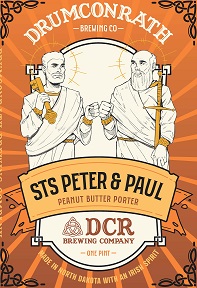 Drumconrath started with their great STS Peter & Paul Porter base and added a generous amount of Peanut Butter.  This savory beer has flavors of chocolate, roasted nuts and peanut butter…good enough to serve on toast!  ABV – 6.2%, IBUs – 30. 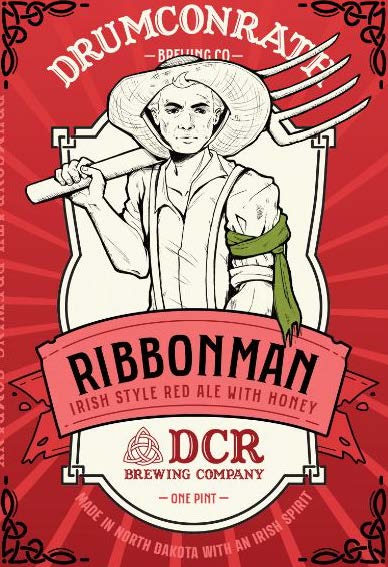 Named for a secret society of Irish Farmers who took up arms against a tyrannical government.  Ribbonman is made to honor those who work the land.  A blend of Irish and German specialty malts and honey create a medium bodied beer with a rich flavor that isn’t too sweet or too bitter.  ABV – 5.5%, IBUs 29. 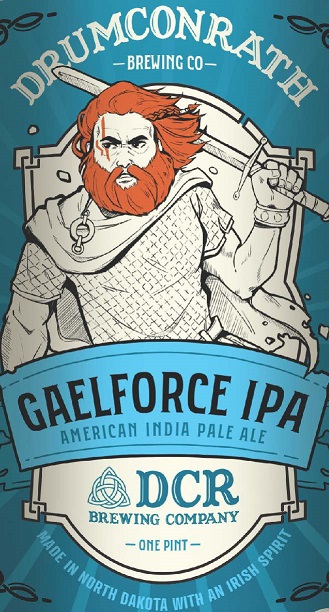 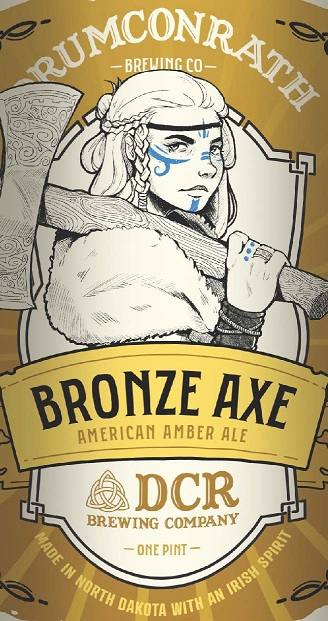 Bronze Axe is mild in flavor and is crisp and refreshing.  Premium Irish and German malts paired with Michigan Centennial hops create a beer that keeps you coming back for another taste.  ABV 0 5.1%, IBUs – 31.