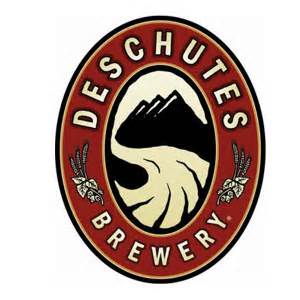 Born in one of the biggest craft brewing states in the country, Deschutes Brewery out of Bend, Oregon is located 160 miles South East of Portland. Oregon is home to one of the biggest home brewing communities, which is where most of the breweries start out at in Oregon. Oregon also is the #2 hop growing region in the U.S. That and their great fresh water from the mountains are a couple of big contributions for their strong craft beer market.

Deschutes, founded by Gary Fish and named after the Deschutes River that runs through Bend, first opened its doors as a brewpub in 1988 in Downtown Bend. After a short stint of bad batches, caused by design flaw in the brewery, the brewery’s beers quickly became a town favorite, and even a statewide favorite. Within four years the brew pub couldn’t keep up with the demand for their beer. In 1993 Deschutes opened a 16,000 square foot brewery right on the banks of the Deschutes River. To get their beer closer to the heart of the craft beer community of Oregon, they opened a second pub in Portland’s Pearl District in 2008. And in 2012 they built a 6,750 square foot expansion to the brewery.

As of 2013, Deschutes is the 6th largest craft brewery in the U.S. and currently ships to 28 states. Their beers have won numerous awards; a couple of which are Mirror Pond (Gold Medal at 2010 Great American Beer Festival; Worlds Best Premium Pale Ale in 2010) and Black Butte Porter (Best Selling craft Porter in U.S.).

Deschutes is also a very strong believer in helping out the community. They give back by donating $1 per barrel sold to local organizations, entrepreneurs, and charities. In 2014 they donated over $285,000 back to the community.

Currently, Deschutes, like a few other West Coast breweries, is looking to open up a second brewery on the east coast so that they can distribute their beer to more states. They are in the process of picking a town to build their brewery in and are hoping to have it open by 2019. 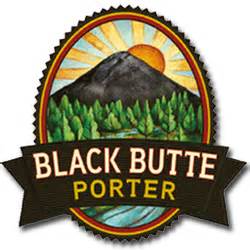 The Black Butte Porter is Deschutes flagship beer that was the reason for their success. It is very dark in color and has an aroma of chocolate and a hint of coffee. For a porter it is very drinkable with flavors of roasted chocolate and coffee. It’s also a little sweet with the right amount of hops to balance with it.  ABV – 5.2%  IBUs – 30, 88 Points – Very Good (Beer Advocate) 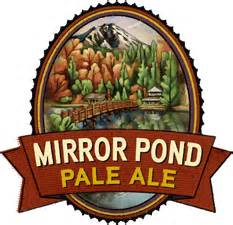 The Mirror Pond Pale Ale is one of Deschutes’s most awarded beers. It is a caramel/orange color with scents of citrus and apricot. The citrus also comes through on the taste along with caramel, malt, and a little bit of pine. Very well balanced Pale Ale that is easy to drink and not so hoppy as some other Pale Ales tend to be.  ABV – 5%  IBUs – 40, 93 Points – Outstanding (Beer Advocate) 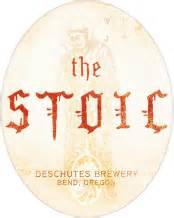 The Stoic is a Belgian Styled Quad that is partially aged in wine and rye whiskey barrels, giving it “depth and complexity.” The Stoic only comes in 22 oz. bombers or in kegs. It is a golden amber in color and has an aroma of pomegranate, caramel, and bananas. The flavor profile is big and complex. It starts off with fruitiness of apple, banana, plum, and cherry; then you get a slight spice of coriander and clove from the whiskey barrels, and hints of wine from the wine barrels. All around, this a very well put together beer that tests your taste buds and leaves you wanting more.  ABV – 10.9%  IBUs – 20, 85 Points – Very Good (Beer Advocate)