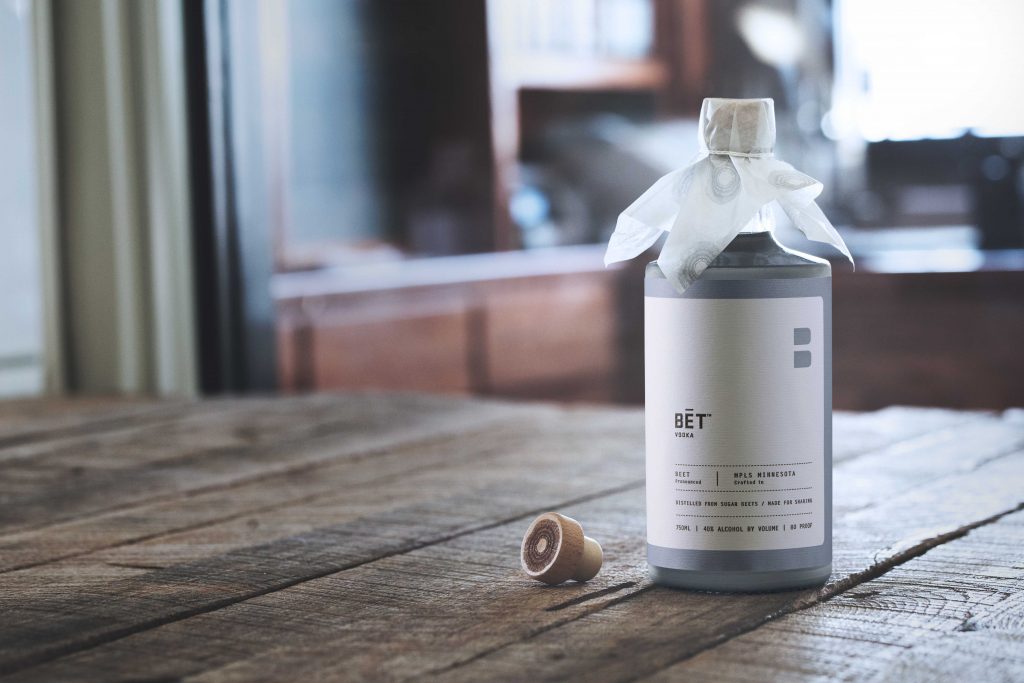 The Versatility of Vodka – BĒT Vodka

Vodka has a short history in the USA as compared to its counterparts gin, bourbon and rum. So how is it that vodka became the number one selling spirit in the country, accounting for nearly 1 out of every 3 bottles sold today? BĒT Vodka founder and owner, Ben Brueshoff, shares his story and some interesting insights into this highly versatile spirit of choice.

Historians debate over the exact origin of vodka. Many claim it was in Russia in the 9th century, while some argue it was across the border in Poland a century earlier. In either case, the early production of vodka was extremely crude…often involving milk, spices and herbs to make for a more palatable drink. Often distilled five times, the process became very capital intensive in the Middle Ages and owning a distillery was reserved exclusively to nobility.

It wasn’t until the early 20th century that vodka made its way further west…when a family by the name of Smirnoff emigrated to France to re-establish their business following the Bolshevik revolution in Russia. Within a generation the brand took hold in the USA when Smirnoff’s son sold the business to a pioneering American. From there, vodka entered the scene in full swing.

The swinging 60’s in America. Vodka, such as Smirnoff, found its groove. Part of its ascension was due to the creative advertising of the day, however the growth of vodka as a spirit among Americans was largely thanks to the greater openness, experimentation and free spirited living of the era. The versatility of vodka was exactly what consumers – especially the younger generation – so desired.

Vodka can be made from many things…corn, grain, potatoes, grapes, etc. In Minnesota, with the launch of BĒT Vodka (pronounced “beet”) in 2016, we introduced the use of an entirely different crop: sugar beets. Not to be confused, this key ingredient is not the common deep-red garden vegetable; rather, it’s the white-tan root vegetable grown in the west and northern reaches of our state.

Sugar beets make for an excellent crop to distill a vodka. They are a natural sugar source which is exactly what you need to create an alcohol. The benefit of this is that the profile of BĒT Vodka is exceptionally clean, crisp and velvety smooth.

Today, Minnesota is the largest producer of sugar beets in the country and its largest coop, comprised of over 3,000 farming families, is in the Red River Valley. From generations of Midwest family farmers to the cooperative where the harvest is gathered, BĒT Vodka distills this bounty of sugar beets down to its simplest and purest essence. It is a sophisticated vodka meant be sipped, savored and shared alongside good company.

Vodka remains the biggest internationally traded spirit in the world and Russia is its largest market.  In 2017, the Distilled Spirits Council reported that 71.35 million 9-litre cases of vodka were sold in the United States, generating over $6 billion in revenue!

These numbers reflect the craft cocktail renaissance of the last decade, lead most notably by brown and aged spirits. However, much like back in the 1960’s, changing market conditions and consumer trends point toward a newfound emphasis on vodka over the next several years.

But vodka in the United States has endured a bumpy road, for a long time shunned behind the bar because of a deeply rooted reputation that was hard to shake: it lacked complexity and character.  But, recent changes in distillery licensing fees in many states, including in Minnesota, have put the “craft” back into craft vodka. With better production methods resulting in higher-quality vodka characterized by nuances unto its own, mixologists are now using this spirit in very creative ways. According to Skyy Vodka’s international mixologist, Otis Florence, vodka today is increasingly being considered a “building block” that mixologists can no longer ignore. Because of its versatility, vodka doesn’t just appeal to one specific type of drinker.

At BĒT Vodka, we’re proud to have created a vodka that is clean, crisp and velvety smooth – and that uniquely represents our region thanks to the sugar beets that we use. With notes of vanilla and pepper, BĒT is a vodka of great versatility for professional mixologists, cocktail enthusiasts and consumers alike. We encourage you to enjoy it neat, on the rocks with a splash of soda and twist of citrus, or in your favorite vodka cocktail recipe.